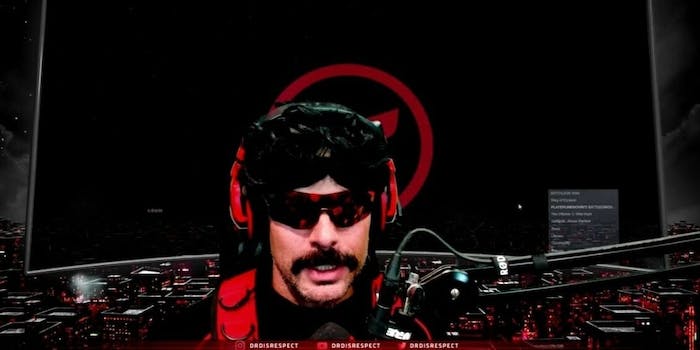 Dr Disrespect breaks character to talk about his Twitch ban

'We wanted to capture an adventure.'

One of the most popular Twitch streamers on the platform was abruptly suspended for two weeks last month after he took his live stream into a bathroom at a convention. Now the man who plays Dr Disrespect has explained himself and apologized for making a bad decision.

Last month while at E3, Dr Disrespect, whose real name is Guy Beahm, started a live stream on Twitch at the Los Angeles Convention Center. Unfortunately for Beahm, he and his cameraman went into a bathroom where people were using the urinals. It was a violation of the California penal code, and tens of thousands of Twitch users watched it happen live.

Though Twitch never publicly commented on the matter, that stunt got him banned for two weeks. On Monday, Beahm explained himself on TwitLonger.

“Real life personas are so difficult to pull off, especially in today’s society. Doc is edgy, highly opinionated, cocky, etc. and that certainly adds to the difficulty in staying authentic without offending anyone on a deeper, personal level,” Beahm wrote. “When we were walking around filming at E3, we clearly weren’t thinking about the laws/repercussions of filming in the bathroom because honestly, it wasn’t in our mind frame at the time. We were sort of ‘all in’ with the Doc live stream experience and capturing the E3 event through the character. We were so into the E3 IRL journey that we became a little blind in what’s OK and what’s not OK. We had no ill intentions and I feel that was pretty obvious if you watched the entire thing. We wanted to capture an adventure, unfortunately we took that adventure into the wrongs areas unaware of the legalities surrounding it. On behalf of the Dr Disrespect brand, I apologize for this.”

Since he was banned, Beahm said he’s thought about the incident and taken in other people’s opinions on it. He also said he doesn’t take it for granted that he’s an influential streamer and that he has a massive following (nearly 3.5 million followers on Twitch). But he said he’ll grow from his mistake.

“This incident was a step back, but like anything, we learn, become stronger, and move forward. If you follow the brand or myself, I hope you continue to stay with me on this vision,” he wrote.