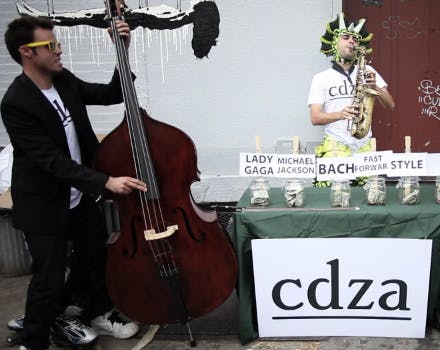 Drop a dollar into the jar of your choice, and the virtuosos at CDZA will change their tune accordingly.

Above: The musical masterminds at CDZA form a human jukebox, playing requests on the fly for passersby.