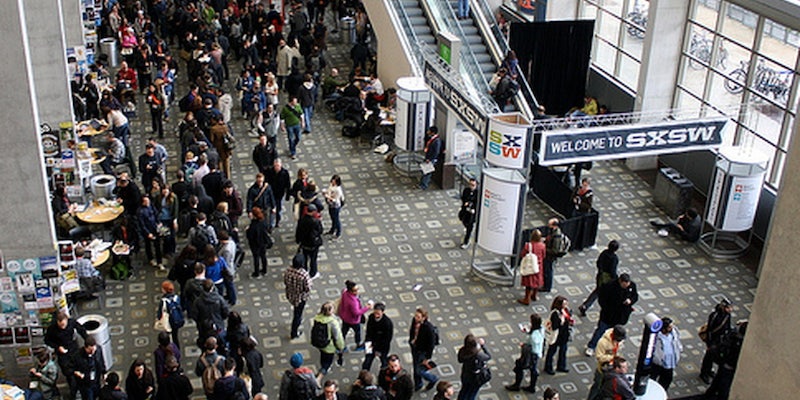 Why do we keep doing what we’re doing?

I’m a grumpy old man of 39—soon to be 40—and I find myself a creature of habit. When I go out for a jog, it’s with iPhone in hand, checking into every venue in a mayoral milk run to boost my Foursquare score.

What’s the point of all those points? I don’t know, but I suspect that it’s one of those games where the only winning move is not to play.

That digital tic is only two years old for me—and I observed it by posting Foursquare’s cheerful thank-you message on Path, an even more recent addiction. I’m going through habits faster than a nun at a mud-wrestling tournament.

As are we all. Silicon Valley’s relentless neophilia was on display at South by Southwest Interactive this past week. Nearly 25,000 people prowled the streets of Austin, looking for a party they could talk their way into. Over the airwaves, they hunted just as avidly for an app that would let them cut in virtual line and find that special someone. (A date? A friend? A venture capitalist? All of the above?)

I begrudgingly downloaded Highlight, which seems like the local-mobile-social version of Google+: a great way to get barraged by uninteresting strangers. I didn’t try Ban.jo but got enough spam for it on Twitter that I blocked at least one obnoxious user of same.

The notion was that SXSW Interactive was becoming the magic place to get your Web app discovered—akin to the way the related music festival gets bands signed by major labels. Let’s bury that myth: For one thing, Twitter and Foursquare, the two apps which admittedly gained buzz at SXSW, didn’t actually launch there.

There are all kinds of arguments one can make about this year’s lack of breakout hits. Perhaps the class of 2012 just wasn’t that promising.

But I’d suggest another reason: The force of habit. We already have more apps than we can handle, and we’re just starting to learn how to use the ones we have. While our networks are getting faster, no one’s adding bandwidth to our brains.

My experiments with pushing my friends’ buttons on Path—who knew smileys could be so offensive?—have led two to unfollow me, to my giddy glee. And I’m still learning proper Instagrammar. (Apparently we’re supposed to call each other IGers and screenshot our news feeds to thank people who mass-like our photos.

It’s by far the biggest challenge for any Web community. In the physical world, you set down roots and stay a while. As I observed to ReadWriteWeb’s Jon Mitchell at SXSW, Web communities are far more fluid: You can pick up stakes with a tap on a screen. What kills an online gathering place is the slow decay of habit. You just stop visiting that old hangout.

Forget the notion of the Internet as a limitless frontier. Sure, you can belong to multiple social networks at once. Don’t like your choices? Go start a new one.

But our attention is a zero-sum game. We can only meaningfully participate in so many communities at a time. If we’re always racing to click, click, click through the new, just to say we gave it a try, we may miss what’s good about what we already have.