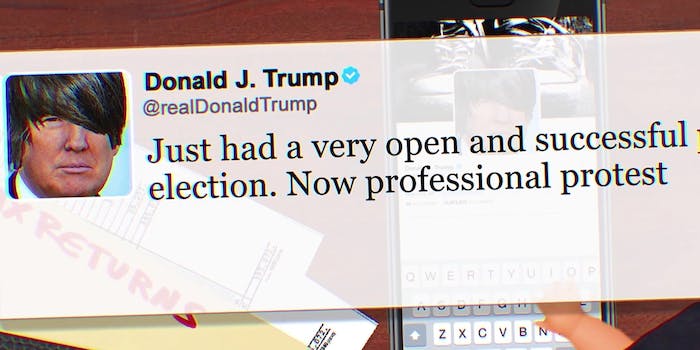 It's Taking Back Sunday meets the Used, with a touch of Yellowcard.

Reading Donald Trump‘s tweets can permanently furrow your brow. What does he mean when he says words?

Super Deluxe has a fix. It noticed that many of Trump’s whiny, self-righteous tweets resemble an early aughts emo song, so it did the logical thing. His exclamations (“Sad!” “Bad!” “Fake news!”) make much more sense as a chorus. This is somewhere between Taking Back Sunday, the Used, and Ocean Avenue-era Yellowcard—and it’s a perfect fit.

Super Deluxe is also behind the game Punch a Nazi!!, if you’re looking to get more of your emo rage out.