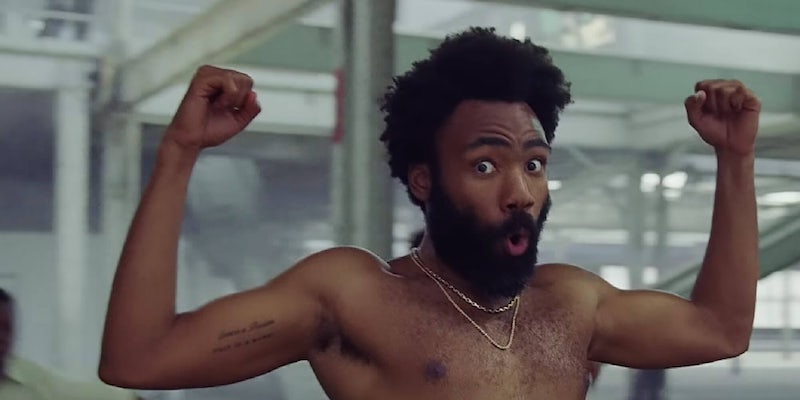 The music is not on streaming services.

Donald Glover surprised fans on Sunday by releasing a bunch of new music in the middle of the night.

Absent from streaming services, Glover dropped what appears to be a completely new album—Donald Glover Presents—on donaldgloverpresents.com. Interestingly enough, there’s no track information or playback control between each song.

A lot of the material is new and includes collaborations with fellow musicians Ariana Grande and 21 Savage. (Fans also claim SZA makes a special appearance.) Older hits, like 2018’s “Feels like Summer” and 2019’s “Algorythm” are also included in the run of 12 tracks, Billboard reports.

According to Mashable, fans first heard about the secret album’s release when a Twitter user discovered the music online this morning and dropped the website’s link—with zero context. Member of Glover’s management team later circulated the tweet.

The site also includes a text field that allows listeners to enter words, leading some Twitter users to speculate that Glover has new content hidden behind a password or is crowdsourcing album titles.

Donaldgloverpresents.com follows the release of Gambino’s chart-topping single “This Is America,” along with “Summertime Magic” and “Feels Like Summer.” Gambino earned a Grammy award for song and record of the year with “This Is America.”