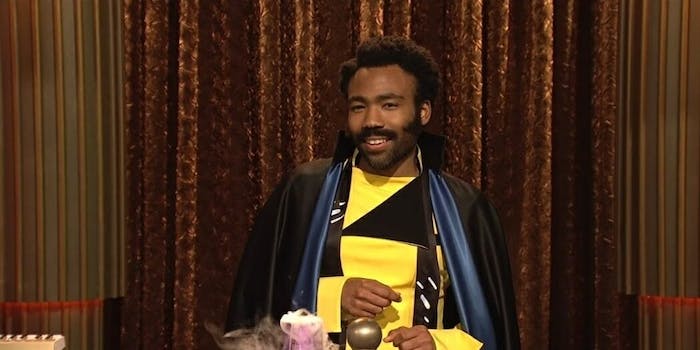 He also sings about making love in space.

With Donald Glover hosting Saturday Night Live, it was a cinch that one of the stars of the upcoming Solo movie would make an appearance as Lando Calrissian. And Lando proves he’s all about diversity in the Star Wars universe.

In the sketch titled “Lando’s Summit,” Calrissian wonders aloud, “Where the hell are all the Black people in space?’ The point of the summit, it turns out, is to honor all the Black humans in the galaxy. The results of the summit are underwhelming.

While Lando notes that turnout at the summit was a little light, it’s always nice to get a walk-on cameo from the under-appreciated Saw Gerrera who wonders if the thousand-man march is going to be canceled.