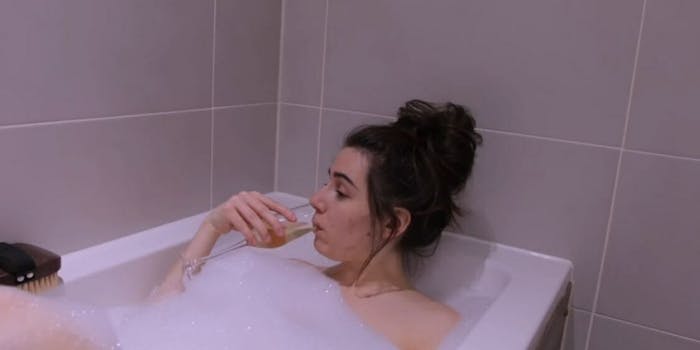 This YouTuber’s song about avoiding holiday parties is completely relatable

'Though my step count is pathetic, I’m just not feeling energetic.'

The hidden secret about the holidays and Christmas cheer is that sometimes it all sucks.

There’s too much stress buying presents and sending out the holiday cards that are meant to convey just how great your life has been in the past year. There’s the travel, the overeating, the visits with family you don’t like, the arguments about Trump and Pelosi, the fact you have to entertain your kids who are on winter break (and how many goddamn times do you have to watch It’s a Wonderful Life before you start rooting for Mr. Potter to keep all of George Bailey’s money?).

Worst of all, there are all the parties. The parties where you have to dress up and pretend to be interested in conversations with people you see once a year, where you have to brave the cold and the snow, where have to suffer the indignity of making small talk with strangers while drinking under-spiked eggnog.

Sometimes—hell, most of the time—it’s not just worth it. Which is why YouTuber doddleoddle’s song about just wanting to stay home is so relatable.

Earlier this month, doddleoddle—the British singer-songwriter whose real name is Dorothy “Dodie” Clark and who has more than 1.7 million subscribers—uploaded a video titled “party.” And it’s all about how she just doesn’t want to go to a party.

It’s just so cold outside

oh, I just want a night to myself

and though my step count is pathetic

How much does that speak to you? As one YouTube commenter wrote, “All introverts please rise for our national anthem.”

Luckily, you don’t have to be an introvert to enjoy (and relate) to doddleoddle’s content. After all, just about everybody would rather eat popcorn in front of the TV and drink wine in the bathtub than actually hang out with other people during these joyous holiday times.