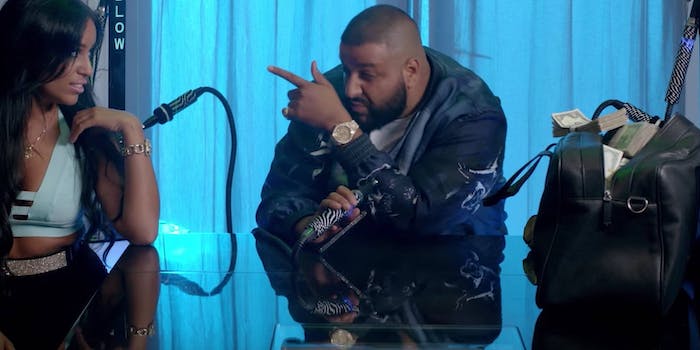 Despite knowing many keys to success, DJ Khaled has yet to master spelling.

Case in point? The fact that he’s not quite sure how to spell Justin Bieber‘s last name.

While he did get the username correct in the subsequent Instagram post, the Snapchat text is unalterable, and fans aren’t letting him forget it.

Congratulations, Khaled. You just played yourself.