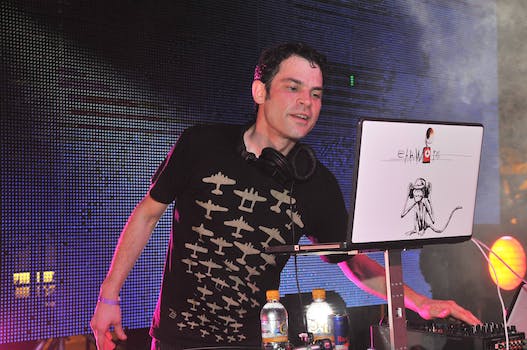 How DJ Earworm captures the year in pop music

With his annual “United State of Pop” mashup, DJ Earworm creates a capsule and soundtrack for the year in music.

The end-of-the-year mashup is about as close as we’ll get to a time capsule of the year’s biggest hits without actually putting the music in a container, and it’s become a standard way of summing up the past 12 months.

DJ Earworm essentially created the year-end mashup craze with his “United State of Pop” series in 2007. Each year, Earworm takes the 25 biggest songs—based in part on Billboard statistics —and transforms the eclectic mix (as well as the accompanying music videos) into a coherent image that tells its own story.

But if you ask Earworm (real name Jordan Roseman), he’s not just creating a mashup.

“I’m trying to make pop songs, not mixes,” Earworm told the Daily Dot. “It’s a different angle than a lot of people take, and when you’re trying to get all these songs in, it’s really easy to just make a mix instead of a pop song.”

The San Francisco-based DJ has been slicing and dicing since 2003, posting his original mixes online after receiving encouragement from a friend. A number of blogs noticed his work, and the attention led to a gig at the MTV Video Music Awards in 2005.But it wasn’t until a fan-made video began getting views a few weeks after the original “United State of Pop” release that he considered putting his work to video himself.

“I was frustrated because the videos became the de facto YouTube video for it, which I had no creative input or quality control or anything,” Earworm said.

Realizing that video was an important way to deliver music, he started to edit clips of the music videos to sync up with his mashups. It paid off in 2008, when the video for his mashup “Viva La Pop” scored more than 1.5 million views in its first year.

But “Blame It on the Pop,” the 2009 iteration, blew away all of his previous expectations.

The video had over 1.5 million views in one day, and it remains Earworm’s most popular mashup (and his favorite).

“In the first 12 hours, you know whether you have a hit or not,” Earworm observed. “You don’t have to sit around and wait.”

The exposure has led to other opportunities throughout the years. He’s worked with many of the artists he features in his mashups, does a lot of DJ gigs, and earlier this year, he was approached to make mixes for the London Olympics to play as background music before events.

“It’s one of those situations where everyone is in a good mood, they’re expecting to have a good time, and as long as there aren’t any glaring errors it was going according to plan,” he said.

Earworm starts planning his state-of-the-union mashups as early as September and October to start developing the themes, finding commonalities in the songs create a larger message. Once he finally settles down, it takes a solid month to make everything “absolutely perfect” for the release, which has become a highly anticipated online event.

However, Earworm isn’t alone in producing year-end mashups. Most notably, Daniel Kim released “Pop Danthology 2012” on Dec. 2, featuring 55 of the biggest pop hits from the past year.

“[Mashing up] 25 songs is hard enough; I can’t try to imagine going above that,” Earworm said of Kim’s mashup.

Not wanting to get lost in the noise of other year-end mixes, Earworm sought to release “United State of Pop” earlier than he had in in previous years. This year’s mashup, titled “Shine Brighter,” debuted on VIrgin Radio Canada on Dec. 15.

It’s the shortest “United State of Pop” yet, at under four minutes, and features clips from Carly Rae Jepsen, Fun., Gotye, Maroon 5 and One Direction, and a little artist who just happens to have the most-watched YouTube video of all time.

“Of course, you can’t have a wrap-up without Psy and ‘Gangnam Style,’ but only a little bit,” he said. “But at the same time, you have to include it. It’d be a glaring omission.”