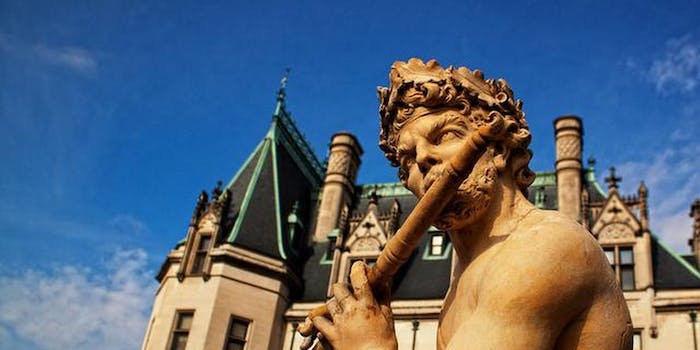 "I need to be in that state of mind that I can give 300 percent of myself blowing my flutes."

Earlier this year, we took you inside the wild world of Weird Soundcloud, where artists are reshaping and redefining music, one mp3 at a time. One artist we mentioned was D.J. Detweiler, a Berlin-based producer, originally from Spain. He’s known for his “flute drop” versions of songs like Pitbull’s “Don’t Stop the Party,” Gerry Rafferty’s “Baker Street,” and this take on “Wrecking Ball”:

He’s now flute-dropped a next-level take on Vangelis’s “Chariots of Fire,” the song that’s accompanied many slow-motion running montages in films. And he’s dropping it exclusively on you, the Daily Dot reader. Detweiler explains he was looking for the perfect song to remix, and chose this one in particular because “it has a melody that works perfectly with my flute.”

Being in a flute state of mind is important.

“The production process is quite complicated, because I need to be in that state of mind that I can give 300 percent of myself blowing my flutes,” he says. “I need to be in the FLUTE DROP mood; sometimes it takes me a week to record four seconds of a song, sometimes I can do five songs in a couple hours. I need that magic moment, though, and I’m not going to stress myself doing lot of bangers every day just because I have lot of fans and I need to provide them with flute drop food. I like to wait until the creativity works itself.”

Detweiler claims to be the original flute drop artist, but notes that “we are just the first wave of flute drop, the origins. Let’s see how this develops and where we go.” While this new track definitely fits in with his past work, he says it evolved beyond the anticipation of the flute drop.

“I decided to do this song because it is a banger, I love Vangelis, but well, I would say this one is something more like post-flute drop. If you listen properly there is not a normal drop like in my other tunes. Nobody notices it because the high quality of the song, and people get impressed about my production instead of saying, ‘Where is the flute drop?’ Well, there is no drop; I feel like this is an organic evolution of my previous work, something that came from inside me. I will still be doing flute drops, but I had to do this one. I hope my fans don’t hate me after this one. I love you, fans.”