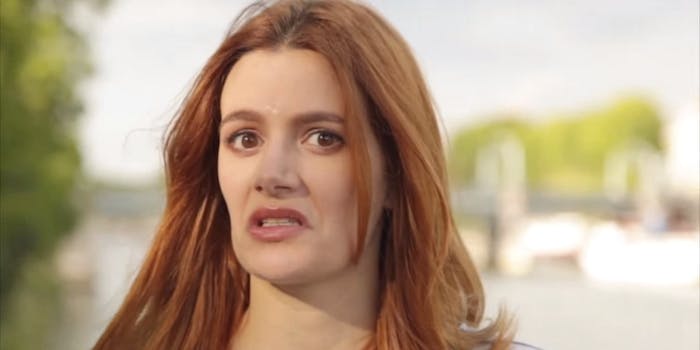 Do you have what it takes to be on ‘Drunk History’?

That is, good lip-synching skills and a fairly high tolerance.

Most of us have probably seen the Funny or Die series Drunk History that made its way onto Comedy Central. You might have even thought, “Hey, I could get drunk and tell stories about Abraham Lincoln or Patricia Hearst.” But that’s the easy part—what about acting it out, perhaps with puppets or cocker spaniels?

Drunk History, the show where historians and philosophy majors talk about famous historical figures while being blinding drunk, is recruiting talent online for its second season finale. “DIY Drunk History” has posted five audio clips from the show on SoundCloud, and is inviting fans to create video clips channeling their inner Michael Cera, Winona Ryder, or any other celebrity who’s lip-synched to intoxicated history lessons.

In theory, improvisers, comedians, and the occasional YouTube junkie should leap at the chance to be featured on Drunk History, but there have been less than 10 submissions seen so far. Not that there isn’t an interesting variety of content: The entries include American Girl dolls reenacting Nellie Bly’s undercover stint at an insane asylum, and a little kid telling the story of Percy Julian’s experience with racial segregation using action figures.

Oh, and there’s puppets. Because you can’t have a history lesson without puppets.

There have been other times when fans got the opportunity to channel their inner celebrities for fame or prizes—though, strangely, many of them have involved professional fighting groups. Earlier this year, the WWE asked fans to submit videos of their own wrestling personas, while UFC had viewers submit fan tributes last year. And don’t forget about the Lady Gaga challenge at this year’s SXSW, where fans did outrageous stunts like sing karaoke on the sidewalk, on hidden camera, to get tickets to her private show.

The DIY Drunk History competition ends Aug. 19. They’ll post the five finalists the next day and have voters pick their favorite. The top fan fave will be featured on Comedy Central’s website and social media accounts. The grand prize winner (picked by Drunk History staffers) will have a spot in the season 2 finale, which airs Sept. 2.