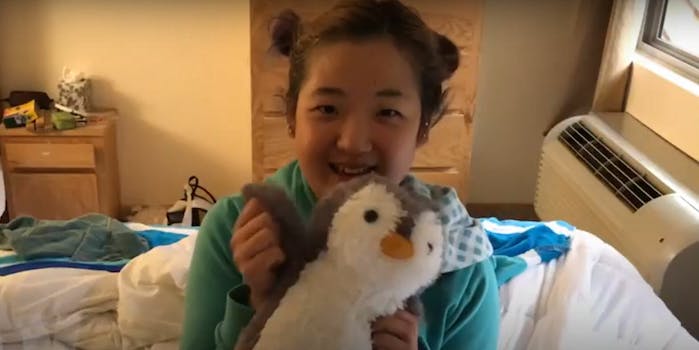 A viral vlog may be responsible.

The world of YouTube can provide viewers with a window into countless worlds, including that of unique medical conditions. But several people are noticing that YouTube is recommending, increasingly, videos on dissociative identity disorder, and it’s unclear why.

Dissociative identity disorder (or previously known as multiple personality disorder) is a condition in which a person lacks a connection to their mental faculties, including thoughts, memories, emotions, or even their identity. The person gradually shifts from one identity to another over a brief period of time, sometimes donning a completely different set of personality traits that would be unusual in the original personality. It’s commonly thought to stem from early life trauma, such as abuse, which is why a patient may cope with negative emotions by dissociating into different personalities.

Among the most popular dissociative identity disorder videos—and the one that’s apparently spurred YouTube’s algorithm to begin recommending more of them—is a vlog by a YouTuber called AlexMax Han.

AlexMax Han says her real name is Jess, and during the course of some of her videos can be seen (supposedly) dissociating into one of her alternate personalities. In the above video, Jess’ dissociation begins at the nine-minute mark. These personalities include an identity named Alex, a 6-year-old boy named Max, and a happy-go-lucky personality named KC.

Her first video, posted only two weeks ago, is currently sitting at 4.6 million views. Her five other videos currently available sit between 124,000 and 886,000 views.

It may have been this high view count (especially for a vlog) that spurred YouTube’s algorithms into action, recommending more videos about dissociative identity disorder to viewers. YouTube notes that factors like watch time, likes, shares, and overall satisfaction play a role in signaling recommendations.

DID (Dissociative Identity Disorder) is when one has two or more personalities inside them. Here we have the original host, Jess, discussing each of her personalities when one of her identities, Alex, interrupts her mid sentence. She caught it on camera and it gives me CHILLS pic.twitter.com/5pSCi3OHjF

The most recent mainstream depiction of dissociative identity disorder in Hollywood may be the 2016 movie Split, starring James McAvoy. McAvoy’s character holds at least 23 distinct personalities inside his psyche. Multiple critics of the film regarded it as another entry in a long line of horror films to either misunderstand or irresponsibly depict the nature of mental illness. Alfred Hitchcock’s Psycho is included in that criticism.

AlexMax Han did not respond to a request for comment.