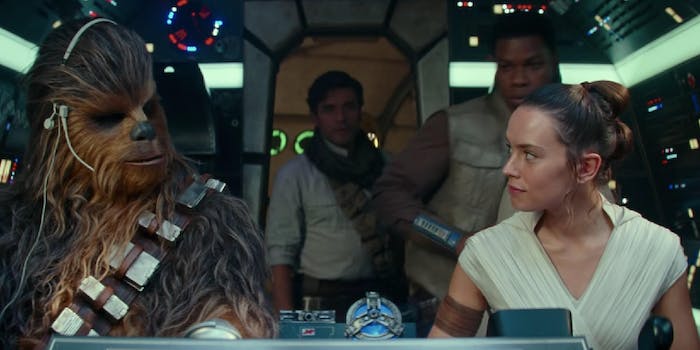 The release comes as the coronavirus keeps more and more people indoors.

In a move to apparently help people with social distancing amid the spread of the new coronavirus, Disney has released Star Wars: The Rise of Skywalker days before its originally planned March 17 release.

According to GamesRadar, the movie is now available for purchase on iTunes, Vudu, Xfinity, and more. It will also be available on Disney+ later this year, GamesRadar reports.

The sudden release comes just after Disney announced that Frozen 2 would make its debut on Disney+ on March 15—three months ahead of schedule.

According to GamesRadar, the Walt Disney Company is releasing the Star Wars movie early as widespread concern over the coronavirus is keeping more and more people indoors for extended periods of time.

The entertainment industry has been drastically hit as COVID-19 spreads. On Friday, Netflix announced it planned to suspend production on all of their scripted TV shows and movies in the U.S. and Canada, while the Entertainment Software Association made the decision to cancel E3 2020 entirely and EA suspended all live esports events.

Star Wars: The Rise of Skywalker is available for $20 in 1080p or $25 in 4K UHD with Dolby Vision HDR where available.