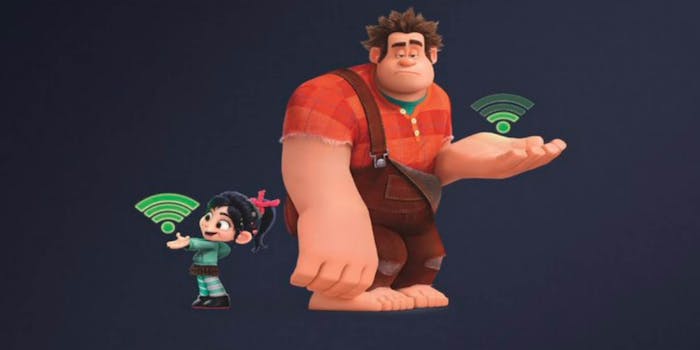 Disney+ goes down on launch day

Disney+ stans were 'Unable to connect' on Tuesday morning.

If you’ve been trying to access Disney+ today, you were probably met with an error message. The launch of Disney’s massive new streaming service had a few hiccups on Tuesday, as we all scrambled to devour that sweet, sweet content at the same time.

This led to the hashtag #DisneyPlusFail, in which frustrated fans detailed their wait times with customer service and an array of “Unable to connect to Disney+” screens. It’s almost like they are… waiting for a ride at Disney World.

While some hardcore Disneyheads stressed out, others could only make jokes about the crash.

Honestly not surprised about the #DisneyPlusfail. Even the best servers in the world can't prepare for millions of Americans trying to stream Hannah Montana at once.

With #DisneyPlus, you too can stream all your favorite Disney titles, like “Content Not Available Right Now”, “Unable to Connect”, & “Please Try Again Later”

As Decider points out, the website Down Detector showed a surge in outage reports Tuesday morning, with most of the issues being with video streaming, followed by login issues. The site seemed to be working properly again around 8am ET, but soon after there was another outage. As many remarked, this is to be expected on the first day of a streaming site launch that’s been anticipated for the last year. People took off from work for this, or set alarms so they could start watching as soon as it was live.

The Disney+ account tweeted that the launch “has exceeded our highest expectations” and that it’s “working quickly to resolve any current issues.”

The demand for #DisneyPlus has exceeded our highest expectations. We are so pleased you’re excited to watch all your favorites and are working quickly to resolve any current issues. We appreciate your patience.

Disney really dropped the ball by not having every error screen narrated by the soothing voice of Werner Herzog.