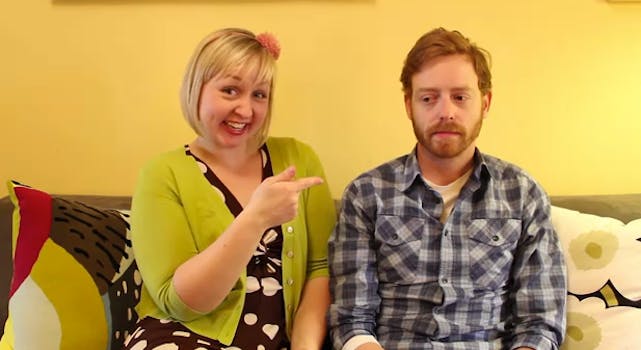 Two drunken nights with friends turn into a widely loved series of videos, and a passion project for a pair of comic writers from New York.

The gay best friend is one part truth-teller, one part cheerleader and a dash of sass.

He, along with his best friend Mikala, star in the YouTube series “Disappointing Gay Best Friend.” The series just wrapped its second season last Tuesday and has more than a dozen videos produced.

The mini-episodes are exactly what you’d expect from the title. Mikala is an exuberant friend of Tyler’s who naively muses on gay culture with the best intentions. Tyler, meanwhile, sits there with an icy glare and shows little excitement about what Mikala has to say. His lack of emotion or affection makes him the complete opposite of what a “not disappointing” gay best friend should be.

The two are friends both on and off screen. The actors are both comics and writers based in New York. Mikala is played by Mikala Bierma and Tyler is played by Tyler Coates.

Disappointing Gay Best Friend sprouted from “two drunken nights,” said Bierma in an e-mail to the Daily Dot. The first night came about last spring when Tyler went out with Mikala to meet up with a bunch of gay guy friends, who played into the gay stereotype: loud and gossipy.

“I found myself worried that these guys were being too gay for Tyler. Later, I asked him if he was offended by all the shit-talking,” Bierma said. “He was like, ‘No, I know lots of gay men. I date gay men.’ That experience planted a seed that there’s something funny about comparing Tyler to that bitchy gay stereotype.”

A few weeks later Mikala was performing in a variety show and Tyler drunkenly suggested the two should shoot something playing up how non-stereotypical he is compared to other gay guys.

“Later that week, we got together and filmed three shorts,” Bierma said.

Shorts range from going out (“I want a gay guy to touch my boobs!” she exclaims) to Tyler’s dislike for gay icon Lady Gaga. Viewership bounces between 15,000 to upwards of 150,000.

Reactions for the shorts are “overwhelmingly kind,” Bierma said. But the Internet being the Internet, people have said some not so nice things to Mikala.

“For example, several people have told me that my face is annoying.  And I’m always like, I know.  It’s my face,” Bierma said.

While the series takes a brief hiatus, it’s obvious Mikala shouldn’t go to Tyler for comfort. He’s just disappointing like that.