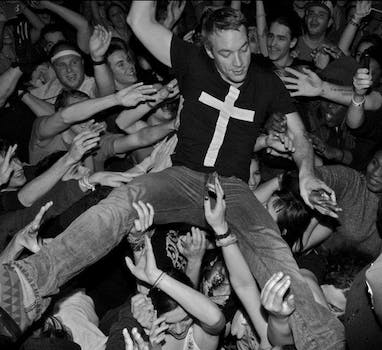 What happens when Diplo gets high?

He makes a laid-back, 30-minute mix on Soundcloud with some legitimate rarities.

What do you like to do when you get yourself stoned? If you’re Diplo, you probably like making massively popular retro mixtapes and releasing them onto the Internet for all the world to hear.

The wildly influential DJ, currently on tour with his reggaeton offshoot Major Lazer, posted a new mix to Soundcloud this morning, called “got stoned and mixed really old records for half an hour.”

Stretching 30 minutes, the mix plays out exactly as you’d think a Diplo-curated, marijuana-abetted playlist would. It’s laid-back, reels in a few legitimate rarities, and makes every effort imaginable to distract you from your workload.

“Got stoned” accrued nearly 20,000 listens in its first 18 hours on Soundcloud, with reactions ranging from “love this mix!!!” to “Omg I’m sooooo high right nkw” to “Am I the only one not feeling this mix that much!?”

That last comment, left by Brandon Hiemand, more or less insinuated that he was.

As for Diplo, the man behind the mix, he only left one comment on the page: “don’t do drugs.”

Hey man, you too!