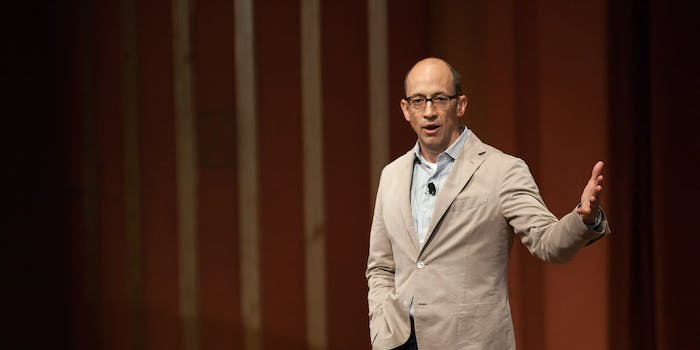 Former Twitter CEO Dick Costolo is doing pretty well after leaving the company in June. The tech executive is now in the writers’ room at HBO‘s Silicon Valley.

Costolo has reportedly been spending several days each week in the writers’ room of the Silicon Valley satire series—now in its third season—although his role is more consultant than writer.

Show creator Mike Judge added that Costolo served as a barometer of sorts for the writers’ ideas and that he fits in because he used to do improv comedy. In fact, Costolo attributed improv’s “Yes, and” mentality to helping him in the corporate world.

It now appears that the guys from Silicon Valley aren’t too keen on Google‘s new Brotli compression algorithm, which seems a little too similar to the one created in season 1 by Thomas Middleditch’s character. We smell a new plotline.

Twitter named Jack Dorsey interim CEO in June, after Costolo left, and earlier this week, the company made his role permanent.