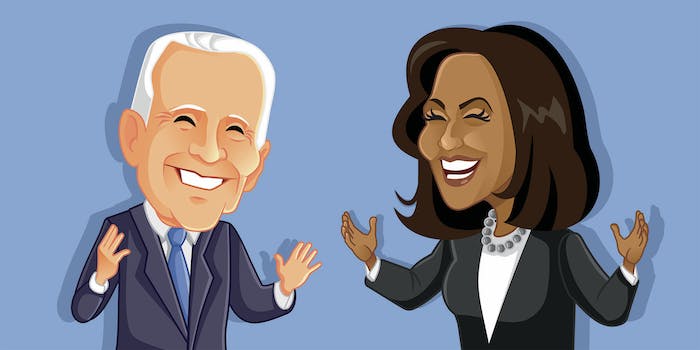 The main programming will run from 9-11pm ET each night starting Monday night. Each night is built around a theme: “We the People” for Monday, “Leadership Matters” for Tuesday, “A More Perfect Union” for Wednesday, and “America’s Promise” for Thursday.

Which channels will carry DNC coverage?

A variety of channels will go all in on convention coverage for at least the key two-hour block each night. If you want the official stream, you can visit the DNC site. However, if you want your DNC experience narrated, here are the channels that will be broadcasting each night.

How else can I stream the DNC live?

If you have Amazon Fire TV, Apple TV, or Roku, or an Amazon Prime Video subscription, you can stream the DNC feed directly.

Depending on what channel you want, these streaming services will set you up to stream the DNC live.

Hulu Live TV sets you up with local channels and has a broad spectrum of entertainment and sports channels to review, including the full suite of ESPN channels, Cartoon Network, FX, HGTV, and even deep cuts like National Geographic and Syfy. CNN, Fox News, and MSNBC all have homes on Hulu Live TV.

If you’re looking for a streamlined, cost-effective streaming package, check out Sling TV. It offers two basic cable packages, Sling Orange and Sling Blue, each of which costs $30 per month. There’s also the third option of getting Sling Orange + Blue for just $45 per month. You’ll get more Sling TV channels by choosing Sling Blue, with its 40 channels including sports favorites like FS1 and NBCSN and cable mainstays like Food Network and Discovery Channel. But Sling Orange brings must-haves Disney Channel and ESPN as part of its package. For DNC streams and other news options, Sling Blue gives you a little more choice than Sling Orange, though each base package provides CNN.

If you’re gravitating toward network coverage vs. cable news channel coverage, Fubo’s a good option for you.

If you’re already looking to AT&T for your wireless needs, you might consider AT&T TV Now to cover streaming for you. AT&T TV Now channels start with Plus and Max, which even include HBO. Then, AT&T plans expand from there, approaching cable selection and pricing with AT&T TV Now’s biggest packages. AT&T streaming also comes with Cloud DVR, letting you record up to 20 hours of TV per month. Starting at the Entertainment level, you can access nearly every channel (including C-SPAN!) carrying the DNC.

Vidgo offers a package for under $40 a month that pulls together more than 60 English-language channels into its National English Package. Vidgo channels include ABC, Fox, the ESPN family of channels (including ESPN Deportes), and it’s one of the few streaming services that carries BeIN Sports. But it’s like Fubo in that, even though it started out for streaming sports, it carries a lot more now. You might be surprised to know that Vidgo’s an option to stream ABC News Live as well as ABC and Fox News Channel—and then you chat about it online via Vidgo’s Social TV platform.