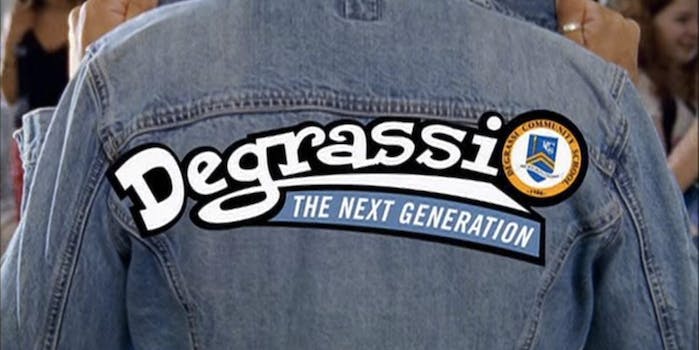 The Canadian teen series ‘Degrassi: The Next Generation’ is ending this summer

Whatever it takes, we know we can make it through.

Classes will end for good this summer at Degrassi Community School.

After a whopping 14 seasons, Degrassi: The Next Generation is drawing to a close. The show’s final 12 episodes will kick off with an hour-long special on TeenNick on Monday, July 20.

Originally launching as Degrassi: The Next Generation in 2001, the series was a sequel for the 1987 long-running teen soap Degrassi High. Recently rebranded as just Degrassi, the show has covered a long list of teen issues and seen countless character turnovers.

Variety reports that Keith Dawkins, SVP and general manager of Nicktoons, TeenNick, and Nick Jr., said: “For an incredible 14 seasons, ‘Degrassi’ has been a groundbreaking show tackling so many important topics that real teens face in their everyday lives…In the final episodes on TeenNick and through the hour-long special and social activations, we hope to say goodbye in a way that is both fitting to the show and ‘Degrassi’s’ passionate fan base.”

And before the finale on July 31, there will be a special entitled  “It Goes There: Degrassi’s Most Talked About Moments” featuring cast members, fans and the show’s creators talking about the soap’s biggest moments (probably everything from JT’s death to Manny’s iconic blue thong).

Although many of the show’s actors haven’t hit it big, there have been a couple of standouts. Nina Dobrev of The Vampire Diaries played a teen mom with the nickname “Mama Mia” for a few seasons on Degrassi. And of course, there’s Drake, a.k.a. Aubrey Graham, who played basketball star- turned-wheelchair rapper Jimmy Brooks for eight seasons on Degrassi.