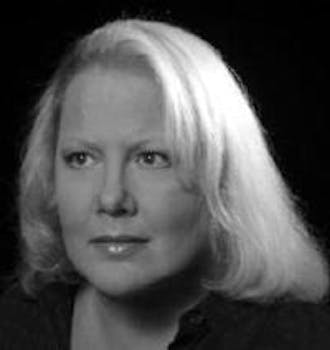 Nikki Finke's attempt to shut down a spoof account appears to have backfired.

Twitter has no problem with parody accounts, as long as you abide by the rules. However, when someone skates too far over the line into impersonation, the fallout affects both sides.

After Deadline Hollywood’s Nikki Finke made some questionable comments about the opening weekend box office success of The Dark Knight Rises following last month’s Aurora, Colo. shootings, a spoof account in her name popped up.

As with Instagram parody account @Instagrarn, the @NIKKlFINKE handle (with a lowercase “L” at the end of “Nikki”) was almost identical to Finke’s real name as well as her own handle: @NIKKIFINKE. The account’s bio, however, made it clear that it was a parody.

Yet in her apparent attempt to have the parody shut down, Finke’s account was suspended too.

The parody skewered Finke, apparently claiming she had 15 cats, thought the most effective way to communicate was by sending tons of emails, and was in love with a Paramount executive.

Yet it seems the parody was almost too good. New York Times media reporter David Carr once retweeted the spoof account, believing it to be the real deal. That irked the real Finke.

The Atlantic notes that another account, apparently stated by the same person behind the spoof, has sprung up.

He or she added that the account was suspended without hearing from Finke or Penske and that they want to get the account up and running again.

Meanwhile, the parodist claims that the real Finke couldn’t tell the difference between the handles on the two accounts.