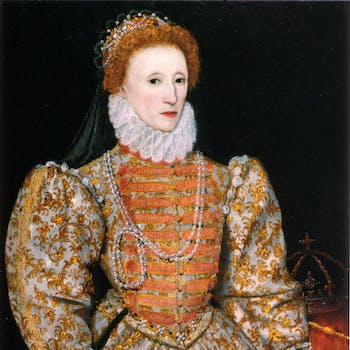 Just because you're dead, that doesn't mean you can't tweet.

The Internet gives famous dead people the power of simultaneous reincarnation. Pick any famous dead person—famous in the sense of, you had to learn about them in school—and you’re almost certain to find at least one Twitter or Facebook page ostensibly by them.

We don’t know how many people in the offline world currently claim to be the reincarnation of first-American-then-British poet TS Eliot, but on Facebook the number is “four.” The four pages dedicated to Eliot, himself (as opposed to pages dedicated to individual works, such as The Waste Land), share over 70,000 followers among them. (Facebook policy prohibits users from establishing accounts with false identities, but this apparently applies only to the identities of people still alive.)

There’s also four Facebook incarnations for Elizabeth I, scourge of the Spanish Armada,
but those four pages, combined, share less than a third as many followers as Eliot. Apparently, if you want to be popular on Facebook, saving England is less important than writing free verse poetry about it.

Elizabeth I has another four incarnations on Twitter, though some appear as dead as the original lady herself; @hrh_elizabeth_1 hasn’t been updated since January 2009.

Elizabeth Tudor @always_the_same mostly tweets in-jokes for Elizabethan history buffs: “someone ist sending missives with the pretence of being @Ladylettice and methinks someone must hath stolen her private seal.”

William Shakespeare, the immortal Bard, is credited with being one of the most creative writers in the English language and his Twitter persona supports this theory: unlike the Eliot feeds, the two Shakespeare accounts tweet not Shakespeare quotes, but original comments with a Shakesperian flavor: “Rough winds do shake the darling buds of May, and so mine eyes do water and nose doth run. Hark! My kingdom for a Claritin.”

Some fans of Doors frontman Jim Morrison insist he faked his own death back in the 1960s, and is still alive today. So we’re not sure if it’s the original or the reincarnated Jim Morrison whose tweet we’ll quote said this: “This is the end.”