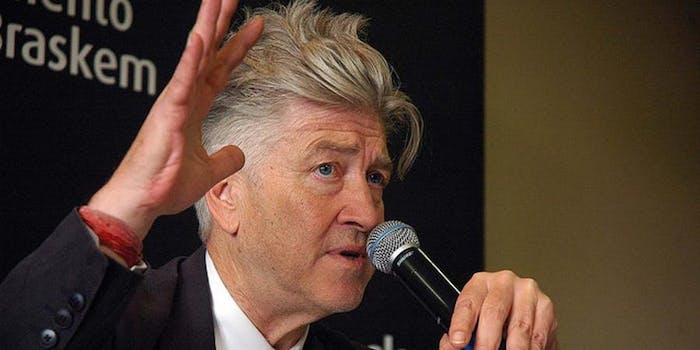 It would totally be on brand.

Myers’s movie studio, WoodRocket (NSFW), is well-known in the adult entertainment world for its pornographic parodies of pop culture staples. There’s The Humper Games, Sailor Poon, Game of Bones, and so on. So what would be better than adding a Lynch-approved, Lynch-directed parody of his groundbreaking 1990 television series to the WoodRocket oeuvre?

“Maybe it’s not necessarily a murder that kicks things off, but a crime of nymphomania.”

Because WoodRocket doesn’t have a direct line to Lynch, the company made its offer in a public blog post. But Myers remains optimistic that Lynch will at the very least respond. “You never know what will happen in the age of social media, who will reach out to who,” said Myers. “We put [this offer] out there and our hopes are there.”

So can we expect a Lynch-helmed production of Twin Cheeks? (Yes, that is indeed Myers’ working title.) Probably not. But then again, it would be just like David Lynch to defy our expectations at every turn.

Photo via tomatemaravhila/Flickr (CC BY 2.0)