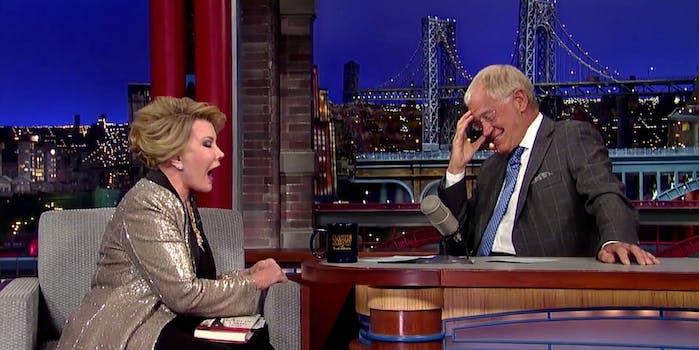 But Joan Rivers won't let something like a walk out mid-interview derail her.

Joan Rivers didn’t let something like a walk out mid-interview derail her.

Her now-infamous CNN interview exit is still the topic of discussion days later, so naturally it came up when she went on The Late Show to promote her book. David Letterman, who’s already on his way out after announcing his retirement in April, showed yet again why he’s one of the late-night greats.

It’s an act of defiance that was probably well-scripted and planned meticulously behind the scenes, but the interview flowed seamlessly as he allowed Rivers to talk about the walk out before giving her a taste of her own medicine.