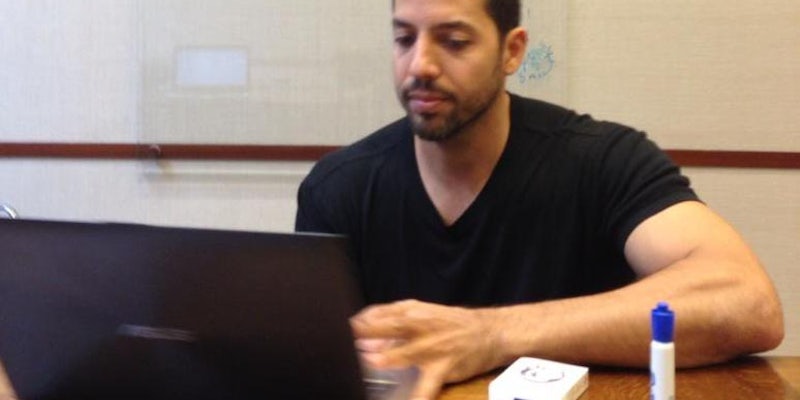 Blaine visited Reddit's "Ask Me Anything" forum just one day ahead of his shocking new stunt, "Electrified."

While acknowledging failures both major (he’s “still trying to recover from the shame” of a botched 2008 stunt) and minor (NOT A GOOD TYPER), he was ostensibly promoting a stunt he starts Friday called “Electrified,” where he’ll spend three days in a million-volt web of electricity.

But Blaine didn’t focus on his shocking new project. Instead, he spent under an hour responding to redditors’ concerns about everything from TED Talks to pranks at his expense.

Here are some of the highlights:

What do you think has been the greatest physical limit that you’ve found in your body? What’s your favorite crowd reaction to one of your tricks/stunts? (rescuedlotion)

realizing that we can go 20 minutes without breathing which i thought was bs until i actually did it. a girl peed her pants

Is there any trick you’d like to try, but won’t because it’s too dangerous? (sudo-nebula)

When you were in England, 7 days into your fast, someone hovered a cheeseburger in front of your face attached to a remote control helicopter. Were you ever tempted to make a lunge for it? (missusmcg)

no, i wanted soup though

Favorite movie between The Prestige or The Illusionist? (stevenseagulls)

Your TED talk about ‘How I held my breath for 17 minutes’ was inspiring. (Ohsin)

thank you, it was harder to give that talk than to actually hold my breath. as a kid i would win bets by holding my breath longer than anyone, so when i heard that people could go for over 8 minutes i became obsessed and tracked down the best coach and worked on it for 3 years