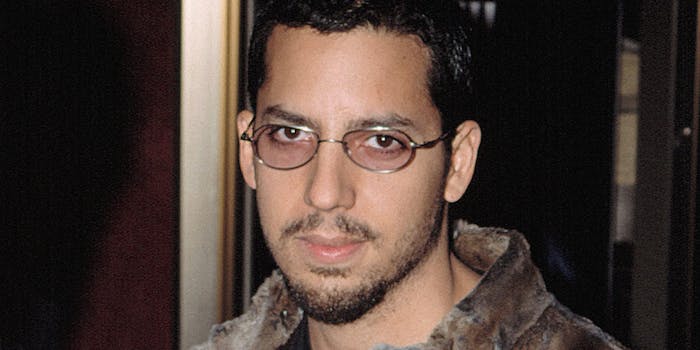 Scotland Yard is investigating the allegation.

Ever since the New York Times broke its story on the Harvey Weinstein allegations, a domino effect of celebrities sharing their horrific stories within the Hollywood industry has continually made headlines. Today that pattern continues, only it’s now moved into the magic industry: David Blaine is being accused of rape by former model Natasha Prince.

According to the Daily Beast, Prince claims that Blaine raped her in 2004 at a private home in Chelsea. The two initially met at a club in London when Prince was in the middle of her modeling career and Blaine began taking off as a well-known magician.

Prince claims Blaine texted her the next night, inviting her over for drinks with his friends. Later in the evening, Blaine took her to his bedroom where, after some drinks, the sexual interaction occurred.

“I remember moving around a lot. I was limp, and I was very floaty; I was in and out of a deep sleep,” Prince said.

Prince went to the Scotland Yard this past December with these allegations, and now the British authorities are investigating the situation, with hopes of interviewing Blaine as well.

Page Six reported that authorities told Prince last month they asked the magician and his attorney, Marty Singer, to travel to England for an “interview under caution,” though his lawyer denies the claim completely.

“My client vehemently denies that he raped or sexually assaulted any woman, ever, and he specifically denies raping a woman in 2004,” Singer said. “If, in fact, there is any police investigation, my client will fully cooperate because he has nothing to hide.”

The internet is, yet again, disheartened by the continued news of powerful men across industries taking advantage—or being accused of—taking advantage of women.

Prince initially spoke with police almost a full year before Weinstein’s story broke. When asked why Prince waited 13 years to come forward with her allegations, she told the Daily Beast:

“[M]y interpretation was that it was my fault. I didn’t think of it as rape. In my head, rape was being sober—pull her in a bush, pull down her pants and just ditch her… So I blamed myself. I did like him. I was interested in him. So I didn’t think about going to the police.”