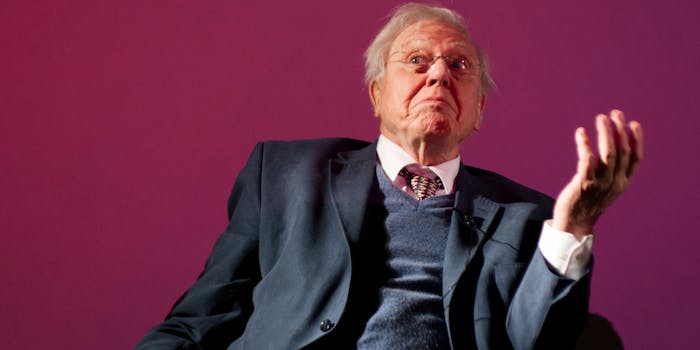 David Attenborough takes his voice talents to the Oculus Rift

All those cool ideas for virtual reality headsets aren’t dead just yet.

Oculus Rift disappointed a lot of its original investors by selling out to Facebook last month, but that doesn’t mean all those cool ideas for virtual reality headsets are dead just yet.

British wildlife documentary legend David Attenborough, former narrator of Planet Earth, may be 87-years-old, but he’s always been on the cutting edge of filmmaking. He’s already working on an Oculus Rift documentary titled Conquest of the Skies. Using an eight-camera rig, the documentary will allow Oculus Rift viewers a 360-degree view of the skies of Borneo, presumably accompanied by Attenborough’s trademark voiceovers.

After all the fuss over the Facebook takeover, it’s reassuring to know that Oculus Rift won’t all be Farmville and creepy social networking apps. David Attenborough is about as respectable as you can possibly get.