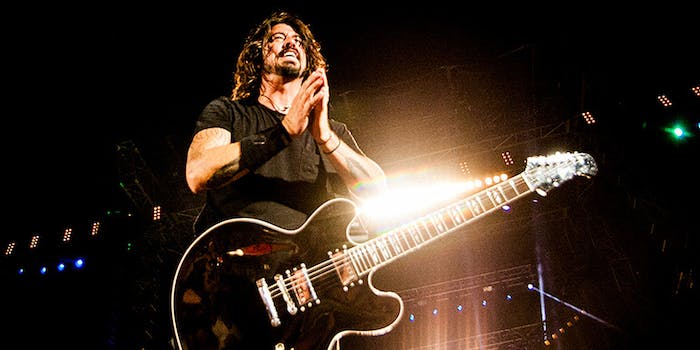 That’s how you interact with a crowd.

If this turns into the Foo Fighters’ next song, Dave Grohl‘s got his Chilean fans to thank.

During a recent stop in Santiago, Chile, the frontman noted to the crowd that they managed to sing all of his songs before he even had a chance to do it himself. They loved that, and started chanting even more, prompting Grohl to play a brand new song that even he’d never played before—it was created right there by the Santiago crowd.

And it’s got everything a song needs. It’s catchy, it’s only got a few words for people to memorize, and it’s an instant hit with the audience. Chances are, it’s already stuck in your head.