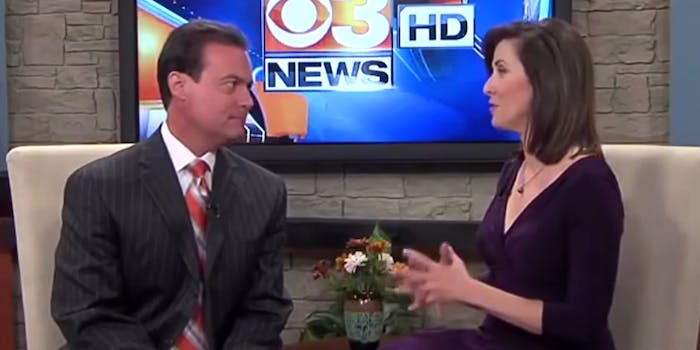 In a rather public display of courage, a TV news anchor informed his viewing audience he may have only months to live.

On Sept. 11, WCIA-TV anchorman Dave Benton, 51, told his Champaign, Ill., audience—and the world, via social media—that his brain cancer had returned and that doctors had given him only a few months to live. Benton calmly told viewers that he was “at peace” and hoped his courage would inspire others to be brave when dealing with their medical issues.

Benton has been with the station for nine years. He went on to tell those watching that his tumor now was too large to be removed and that he would undergo some treatments that could reduce to size of the mass and allow him a few more days.

Showing that social media can lend a heartfelt hand of support, local viewers and those across the country chimed in with support.

@WCIA3Dave I’m dying of a bad heart from chemo. I hope I have ur courage to face my giants as u. Keep strong and ask for help if needed pls

From a person in Connecticut also dealing with brain cancer:

@WCIA3Dave saw your viral announcement. Im in CT with GBM too. MRI Monday thanks for inspiration &peace I’m a Christian in Gods hands too.

And another who beat the odds: