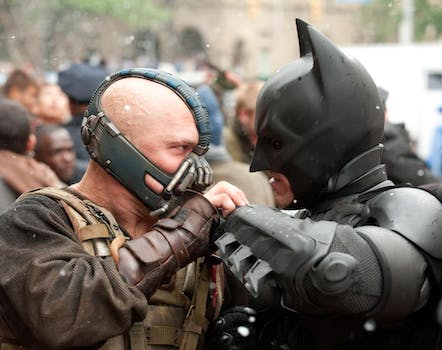 “Let’s start the week off on a high note,” Rotten Tomatoes wrote on Twitter earlier today. “The Dark Knight Rises debuts at 100%, with 14 reviews so far.”

Little did the site know it had just set itself up for glorious failure. The week has begun horribly. When reviewer Marshall Fine posted the first negative review of the highly anticipated movie, commenting hell broke lose.

Fine has been threatened with death, and his personal site has site has gone offline.

Rotten Tomatoes deleted some of the nastier comments, but CriticWire’s Matt Singer was there to chronicle it all from the beginning. One person apparently told Fine to go “die in a fire.” Others kept their death threats more subtle, quoting lines from the movie. Fine “didn’t have permission to die yet,” wrote one, adding that his “punishment must be more severe”—a direct quote from Bane, the movie’s villain.

On Twitter, the week may have begun on a high note for the official rotten Twitter account, but it’s since gotten very low indeed. Every tweet since has been some form of damage control over the Fine fiasco.

“Remember kids,” the account tweeted out at around 3pm  ET, “minority opinions are OK. If a critic doesn’t like a movie you want to see, let’s not turn into an online lynch mob.”

Opinions on the Internet are apparently serious—and dangerous—business.

Photo via The Dark Knight Rises/Facebook