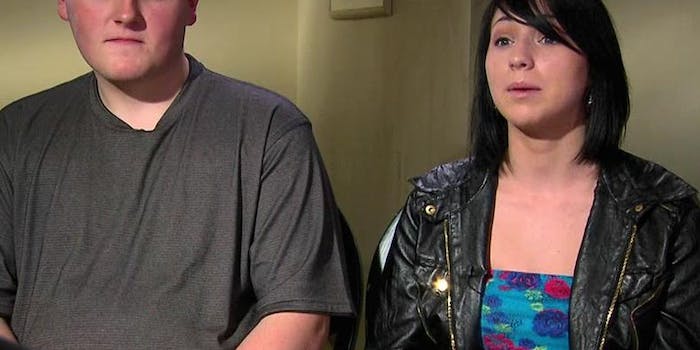 Prom is a special time of year when high school students gather at a banquet hall dressed in gowns and tuxedos to dance and reflect on a year of school.

Despite the disappointment, Stone got to experience something much more special Wednesday night when he and his date, Megan Piper, appeared in a four-minute-long segment on The Daily Show with Jon Stewart.

The clip highlights Stone’s adventure, from being denied by girls in his school to landing Piper as a prom date after reaching out to dozens of adult film actresses on Twitter. It also features an interview with a concerned parent named Marjorie Holsten, who agreed with the school’s decision and pretty much embodies The Simpsons character Helen Lovejoy.

“Every young man there is going to be mentally undressing her,” Holsten said. “It’s the concept that she is a lady who, as a profession, takes off her clothes and does things.”

While not as comical as most of The Daily Show’s material, the reporter used the opportunity to put Holsten on the spot for the absurdity of the ordeal.

“So Megan Piper is an adult who is having consensual sex with another adult in a whole other state in full accordance with the law, and and he wants to take her to prom?” the reporter asked in mock disbelief.

Watch the full session below.