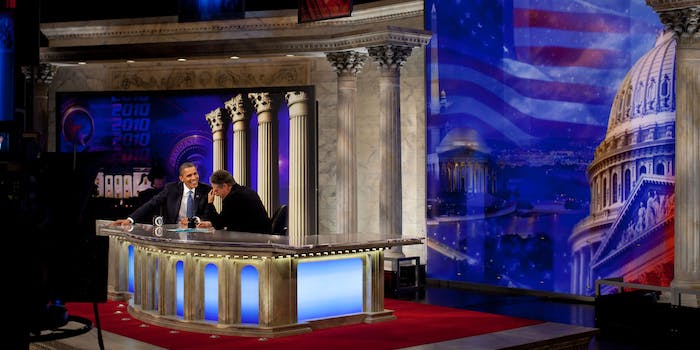 It's media history, despite Stewart's 'I'm just a comedian' insistence.

Jon Stewart might dismiss the idea that he’s a newsman, but his set is headed to the museum of news anyway.

The Newseum, a museum about journalism in Washington, D.C., announced Wednesday that it is acquiring Stewart’s iconic Daily Show set after his final show on Thursday. The set will be removed to make room for Trevor Noah’s new set.

“We are thrilled to accept the donation of these artifacts to the Newseum collection,” Cathy Trost, senior vice president of exhibits and programs at the Newseum, said in a statement. “They are part of America’s cultural and media history, telling an important story about how political satire and news as humor made ‘The Daily Show’ a trusted news source for a generation.”

The Newseum did not say when it expected to put the set on display.

As the big shuffle in late-night began, each departing host’s set went out the door with him. Stephen Colbert, while leaving last December, auctioned his set off for charity, while David Letterman had a different approach: he took some of it with him, gave some away, and threw away what couldn’t be salvaged.