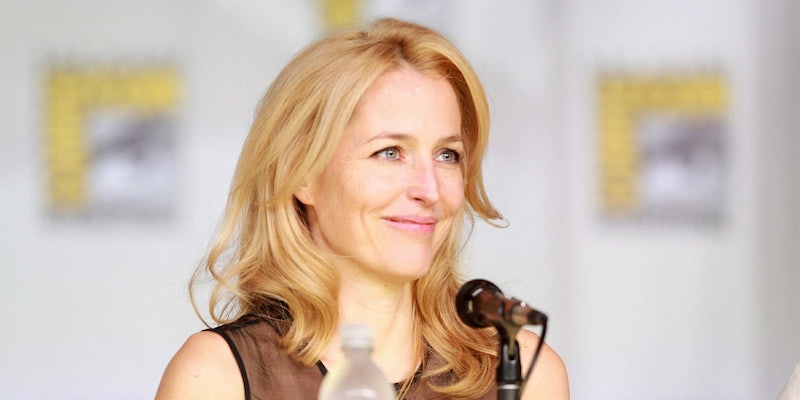 Gillian Anderson to play Margaret Thatcher in ‘The Crown’ season 4

Here's everything we know about season 4 of Netflix's British royal drama 'The Crown.'

Season 3 hasn’t arrived yet, but we’re already getting news about Netflix’s British royal drama The Crown season 4. Most notably, Gillian Anderson has been cast as the controversial British prime minister Margaret Thatcher.

Since The Crown plans to cover Queen Elizabeth’s entire reign, it requires a major casting reshuffle every two seasons. The first two starred Claire Foy as Elizabeth during the early years of her marriage and reign as queen, with Olivia Colman taking over for season 3 in 2019. She’ll return for season 4 and then be replaced by an older actress in season 5.

The big news here is Gillian Anderson as Margaret Thatcher. She’s already an attention-grabbing choice, partly because she’s an acclaimed and extremely popular actress. She’s also a lot more glamorous than the real Mrs. Thatcher. It’s definitely an interesting addition to Anderson’s career, and viewers are sure to have strong opinions on the show’s interpretation of Thatcher’s impact on Britain.

In terms of the recurring main cast, no other announcements have been made. Colman will continue in her second season as Queen Elizabeth alongside Tobias Menzies as Prince Philip and Helena Bonham Carter as Princess Margaret. Diana Spencer, the future Princess Diana, will make her debut in season 4. Charles’ future second wife, Camilla Shand, will already have appeared in season 3.

Season 3 will begin in the 1970s, covering Harold Macmillan’s time as prime minister. Season 4 continues from there, introducing Margaret Thatcher and the early years of Charles and Diana’s relationship.

With the first two seasons focusing on the conflict within Elizabeth and Philip’s marriage, the focus will shift in seasons 3 and 4. Season 3 will include the breakdown of Princess Margaret’s marriage and Charles’ early relationship with Camilla. We can also expect to see more from Elizabeth’s other children. In fact, we won’t be surprised if they have to recast the kids between seasons 3 and 4 while the older cast remains the same.

Politically, seasons 3 and 4 will see the royal family contend with numerous countries leaving the Commonwealth, plus a significant shift in the nation’s politics as Thatcher becomes prime minister.

Continuing The Crown‘s tradition of releasing a new season every one to two years, we can expect season 4 to debut on Netflix in 2020 or 2121.