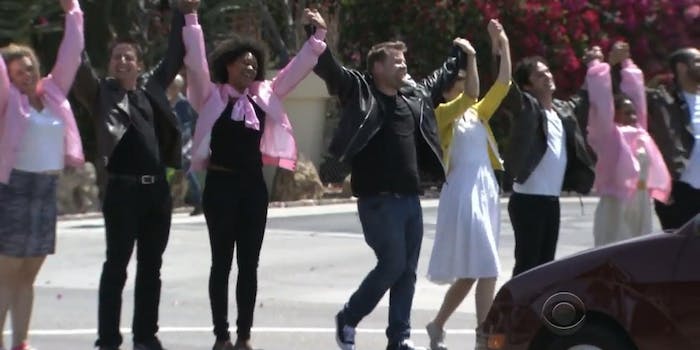 They're stuck in traffic. What are they going to do?

Less than a month into his tenure as host of The Late Late Show, James Corden has already gotten out from behind his desk and taken his talents to the streets.

Before appearing on the silver screen, Corden’s home was on the stage, so he decided to bring that skill to the people of Los Angeles with Crosswalk the Musical.

The premise of Crosswalk is simple: Basically, it’s Grease, but, you know, in the middle of a crosswalk. Corden and his band of performers delighted passing motorists by performing classic tunes from Grease—whether the motorists like it or not.