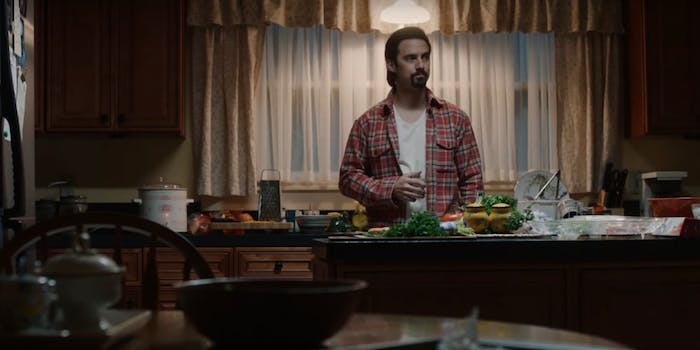 Crock-Pot attempts damage control after tragic ‘This Is Us’ episode

It was the slow cooker!

On Tuesday’s episode of NBC’s family drama This Is Us, a long-teased death was finally revealed. And it’s causing something of a Crock-Pot panic.

Yes, Jack (Milo Ventimiglia) was killed in a fire caused by a faulty used Crock-Pot. In the episode, it’s Super Bowl Sunday 1998, and the patriarch turns off the slow cooker after cleaning up the kitchen. But then we see the light flashback on and the pot go up in flames. Their neighbor George, who gifted Jack and his wife Rebecca the pot, had warned them that “you’ve got to fiddle with the switch.”

Fans were understandably upset by the death, but it also placed renewed scrutiny on the beloved appliance. In the episode, it’s just labeled as a slow cooker, but the emotional reaction caused Crock-Pot to actually release a statement defending the product:

Crock-Pot understands the concerns brought up by last night’s episode of “This Is Us,” and we too are heartbroken by the latest development in Jack’s storyline. However, it is important that our consumers understand and have confidence that all Crock-Pot slow cookers exceed all internal testing protocols and all applicable industry safety standards and regulations as verified by independent third-party testing labs. For nearly 50 years with over 100 million Crock-Pots sold, we have never received any consumer complaints similar to the fictional events portrayed in last night’s episode. In fact, the safety and design of our product renders this type of event nearly impossible.

In addition, and most relevant to the concerns consumers are having after watching the recent “This Is Us” episode, our Crock-Pot slow cookers are low current, low wattage (typically no more than 200 or 300 watts) appliances with self-regulating, heating elements. The product is designed to cook foods over a longer period of time at low temperatures and the switches connect to only one side of the power line voltage, so there is never a high voltage applied directly across our switches. The switches within our slow cookers are subjected to additional internal testing, which includes a Rotary Knob Endurance test, Rotary Knob Force Test and Flame Burning Test and constructed of self-extinguishing, flame resistant material.

Our hope is that the team at NBC’s “This Is Us” will help us in spreading factual information regarding our product’s safety. While we know their primary mission is to entertain—something they have continued to excel in—we also feel they have a responsibility to inform. Just like many fans, we will be watching next week’s episode to see how Jack’s story progresses and, regardless of the outcome, we want consumers first and foremost to know they are safe when using their Crock-Pot.

The show’s creator Dan Fogelman also stepped in to remind people that it was a fictional Crock-Pot, but the memes were already flowing.

Taking a moment to remind everyone that it was a 20 year old fictional crockpot with an already funky switch? Let's not just lump all those lovely hardworking crockpots together. #ThisIsUs

All the flack I'm getting has led me to start a support group along with the scissors that Felicity used to cut her hair. #ThisIsUs #Felicity

Me watching the crockpot bring it all together #ThisIsUs pic.twitter.com/XZOS4rXjdl

Next time someone suggest cooking something in a crockpot. #ThisIsUs pic.twitter.com/2HFTh8OGG6