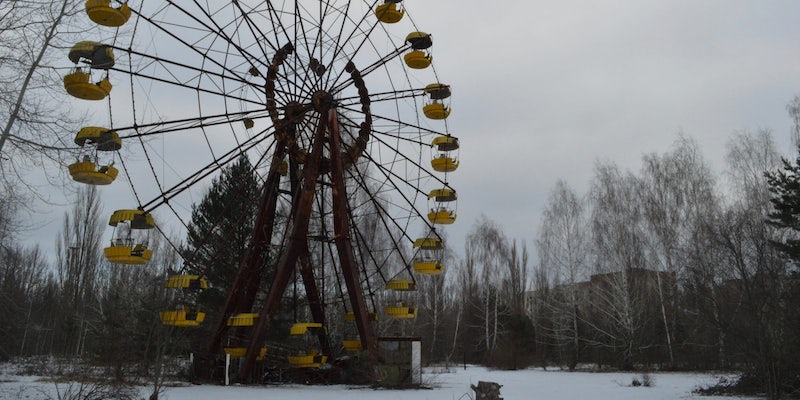 'If you visit, please remember that a terrible tragedy occurred there.'

In the wake of the success of Chernobyl, HBO’s gripping (and extremely relevant) miniseries about the 1986 nuclear disaster and the ensuing coverup, tourism to the nuclear power plant in Ukraine has increased by 30%. And as tourists share their photos from Chernobyl online, Chernobyl creator Craig Mazin is speaking out about the nature of some of those pictures.

Over the weekend, a series of screenshots showcasing Instagram influencers who visited the Chernobyl Nuclear Power Plant and the nearby town of Pripyat—which is still radioactive today—went viral. It’s only a small sample of what you can find in the geotag for Chernobyl, which includes selfies and strategically posed photos of people who visited the power plant—particularly in front of the Ferris wheel at the Pripyat amusement park.

It eventually led Mazin, who wrote every episode of Chernobyl, to remind people who are planning to visit Chernobyl to keep in mind the scope of what happened there and to treat the area respectfully.

“If you visit, please remember that a terrible tragedy occurred there,” he wrote. “Comport yourselves with respect for all who suffered and sacrificed.”

It's wonderful that #ChernobylHBO has inspired a wave of tourism to the Zone of Exclusion. But yes, I've seen the photos going around.

If you visit, please remember that a terrible tragedy occurred there. Comport yourselves with respect for all who suffered and sacrificed.

It likely won’t be the last time we’ll see some pushback against the nature of some of the photos taken at disaster sites and places where human atrocities occurred. In recent months, Auschwitz—which was where a teenager’s selfie in 2014 led to an immense backlash—has had to put out a message to tourists suggesting that maybe they shouldn’t try to capture a cute pose on train tracks.