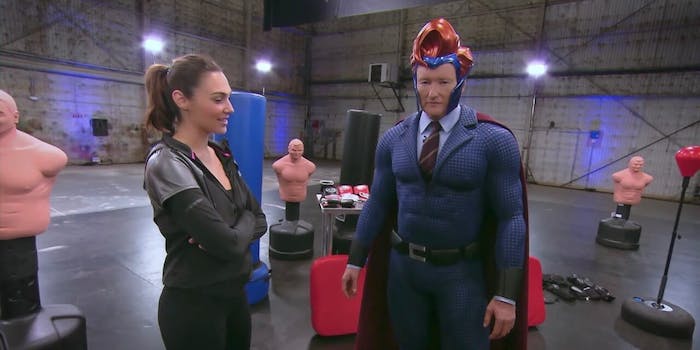 He doesn't have the moves.

Gal Gadot put Conan O’Brien through the ringer to complete Wonder Woman’s workout, and as O’Brien learned the hard way, it’s not as effortless as she makes it looks.

Although Gadot spent six months training to play the Amazonian warrior on the big screen, O’Brien believed he can get to that level with one 35-minute workout. Gadot and her trainer assessed him and walked him through a number of workouts.

They didn’t hold back, both in the setup and their assessment of O’Brien.

He does, thanks to post-production editing, manage to fend off some bullets with Wonder Woman’s bracelets. And if Warner Bros. needs ideas for a Wonder Woman sequel, he’s already got ideas.