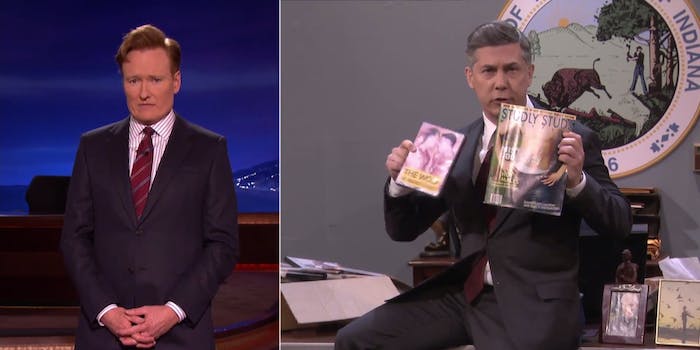 His research is quite thorough.

In light of the controversy surrounding Indiana’s Religious Freedom Restoration Act, a self-appointed “Religious Freedom Czar” has come to the law’s defense, explaining that it’s not actually about discrimination against the LGBTQ community.

The czar, played by Archer’s Chris Parnell, issued his resounding defense on Conan, saying he stood with Indiana Gov. Mike Pence (R) and other conservatives who had shown their support for the law. In reality, the czar told Conan O’Brien, it was about preventing discrimination against “good, church-going folks who just want their businesses homosexual free.”