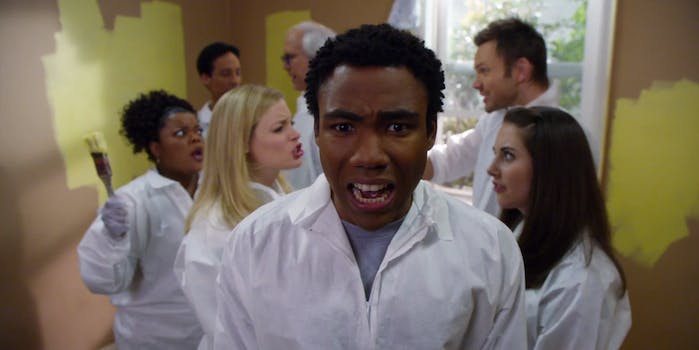 This ‘Community’ fan video shows why we need #sixseasonsandamovie

It's yet another reason why Community needs another season—and it's not what you think.

It’s been a couple weeks since Greendale closed its doors for the year (and perhaps for the last time), but Community fans, the cast, and the show’s creators are rallying for a sixth season. It’s not just a hope to be renewed, but they would be one step away from being able to complete the cry made by one of its characters that the show has adopted into its mantra: six seasons and a movie.

And now, NBC has another incentive for renewing the show. Creator Dan Harmon left a lot of unanswered questions at the end of the fifth season, and nowadays, TV shows are either praised or scrutinized for how they tie up loose ends.

It’s a comedy that largely takes place in a community college, even though there’s not much learning going on. What on earth could still be unanswered?