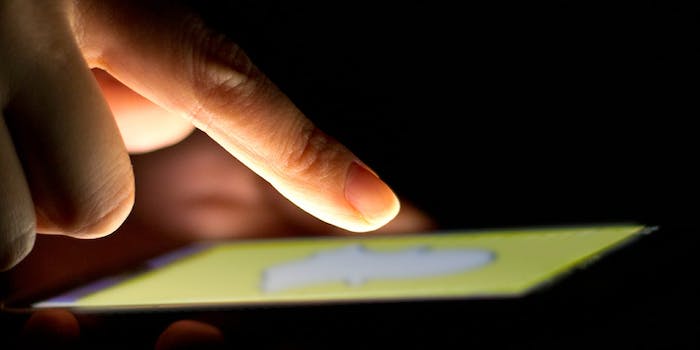 Today, Comedy Central has announced that it is developing series exclusively for Snapchat.

Snapchat started as that app your granddaughter is using to send her boyfriend nude selfies. But it’s now evolved into a social media platform where anyone from your Aunt Gladys to Kylie Jenner can share a “story” with the world.

And now it’s the future of television.

Quickie With Nikki will see Nikki Glaser dishing about sexy topics, unapologetically, as a precursor to her 2016 Comedy Central series Not Safe With Nikki Glaser. The network also has Snapchat series from Late Night With Seth Meyers writer Michelle Wolf, stand-up comedian Liza Treyger, and Yassir Lester on the way.

What does it mean to premiere scripted series on an app originally designed for ephemeral image sharing? Time will tell. With only one series live so far—which streams like an annotated Urban Dictionary entry on Vine—viewers will have to tune back in often to see how this experiment pans out.

Photo via Japanexperterna.se/Flickr (CC BY 2.0) | Remix by Max Fleishman