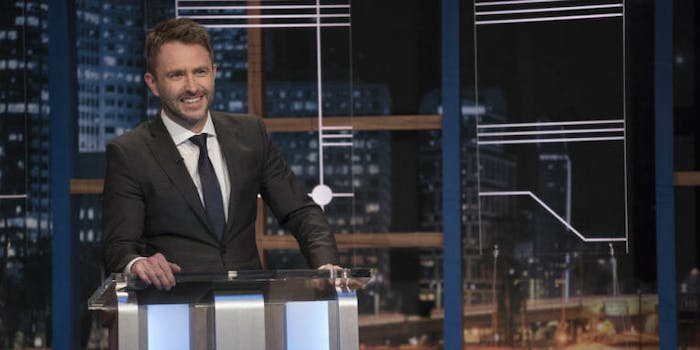 Comedy Central’s ‘@midnight’ is coming to an end

The hashtag wars are coming to an end.

After four years on the air, Comedy Central is canceling the late-night game show @midnight.

Hosted by Chris Hardwick, the show tested celebrities on internet knowledge, celebrated the weird corners of the web, and drove impressive engagement on Twitter with its Hashtag Wars. According to Deadline, the decision to end the show was mutual between Hardwick, producers Funny or Die, and Comedy Central. Hardwick said in a statement:

It has been a dream to come to work 600 times to make inappropriate jokes about the Internet with my fellow comedian friends. I could not be more proud of this show, staff and crew and at the end of the day, I think we accomplished everything we wanted to accomplish. Spiritually it just feels like it ran its course—I’m not sure we had many more hashtag games in us (which may actually be a relief to anyone whose Twitter feed gets overrun every night).

The series will end on Aug. 4, after 600 episodes. A replacement for @midnight‘s time slot has not been announced yet, though The President Show and Jordan Klepper’s new series might be contenders.