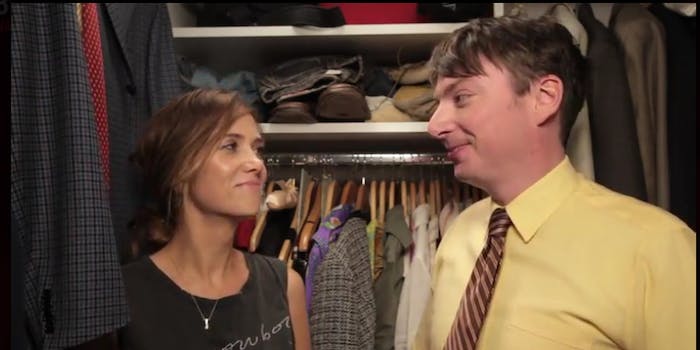 While the Comedy Awards voting body will choose their favorite movies, television programs, actors, and actresses, us regular folk can choose the “Best Viral Original” and “Funniest Person on Twitter,” among others. The show, which will be taped in late April, is slated to air May 6 on Comedy Central.

Up for “Best Viral Original” are five shorts that star popular comedians, like “7 Minutes in Heaven with Mike O’Brien: Kristen Wiig,” “Between Two Ferns with Zach Galifianakis: Will Ferrell,” and “Shit Girls Say” to name a few.

The Gregory Brothers, who won that category at least year’s awards with “Auto-Tune the News: Bed Intruder Song,” look to repeat with “Songify This: Winning – a Song by Charlie Sheen.”

Fans can also vote for “Best Comedy Podcast,” “Best Comedy App,” and “Best Remix, Mash-Up, or Supercut,” where the loquacious Honey Badger is up for a nomination.

Apparently, the comedy voting board is as biased as other boring awards shows and thinks only so-called professionals can be funny.

But at least the voting board is nice enough to us that we can vote on things people watch. The first episode of “Shit Girls Say” has been streamed nearly 16 million times, while shows like Parks and Recreation and Curb Your Enthusiasm would kill for that viewership. Granted, it is an apple and oranges comparison, but yay for some power.

At least Larry the Cable Guy isn’t up for a nomination.