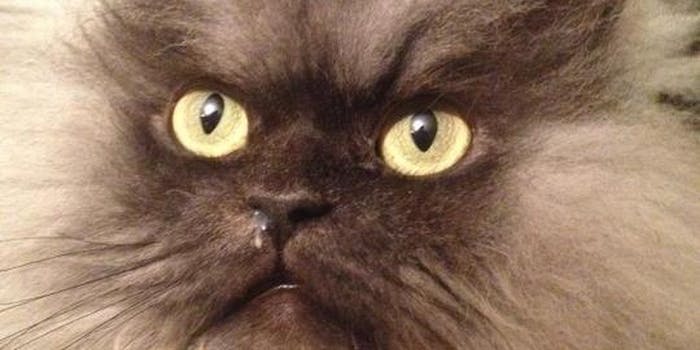 One Seattle, Wash. bartender's cat has become Facebook-famous thanks to an expressive face and some clever captions.

What do you get when you cross Parks and Recreation’s loveable but surly Ron Swanson with Fizzgig of The Dark Crystal? Newest Facebook sensation Colonel Meow.

“Darth Vader is my idol. I want a kitty mask just like his…” 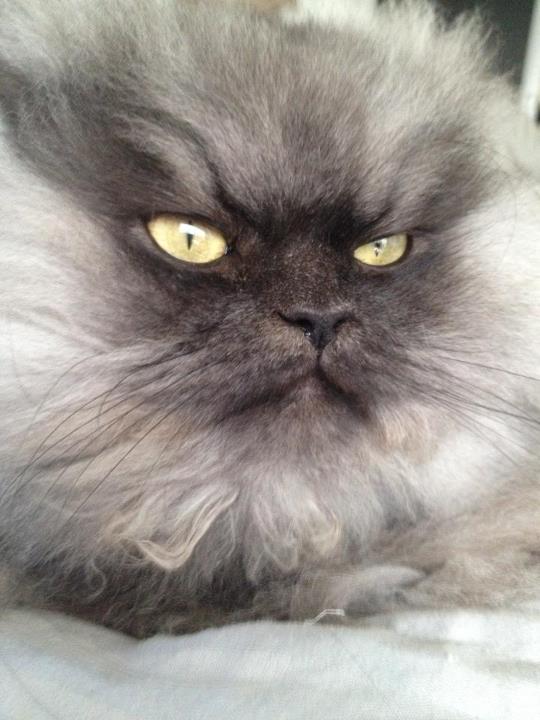 Avey created the page because she felt Colonel Meow would amuse others the way he amuses her.

“I’d be doing laundry or cooking, suddenly look at him, and I would laugh out loud for no reason,” she told The Daily Dot via the phone. “That’s something that needed to be shared.”

The 28-year-old set up the page on Aug. 9, but it didn’t gain traction until Kirsten Martin of The Daily What—a personal friend of Avey’s—wrote about it on Monday.

Since the Daily What’s post, “Colonel Meow’s” likes have surpassed the 9,400 mark, a figure Avey never expected to reach.

“It’s pretty weird to be on the either side,” she said. “I live with this cat and to see it blow up on the Internet is pretty surreal.”

Now that she has an audience, the Seattle resident plans to update the page more. Avey is also planning on making t-shirts with an image of her cat that read “I am a Colonel Meow Minion.”

“I’m not a crazy cat lady but this cat is crazy and fun,” she concludes. “I don’t know. It’ll be fun to see what happens.”