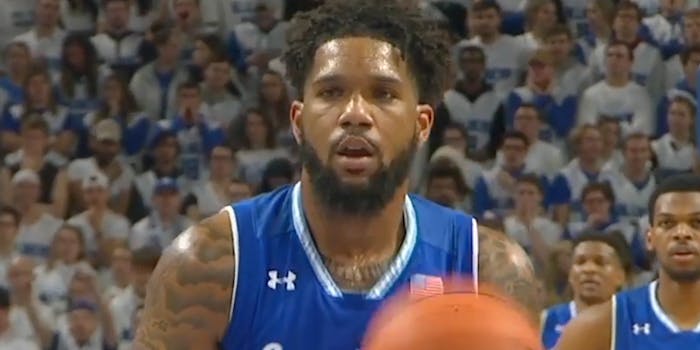 How to watch Oregon vs. Seton Hall in the Battle 4 Atlantis

Oregon and Seton Hall headline the rundown in the Bahamas.

Two undefeated teams clash in the Bahamas, as the No. 11 Oregon Ducks (5-0) take on the No. 13 Seton Hall Pirates in the Battle 4 Atlantis tournament, at Imperial Arena, in Nassau.

The last time the Ducks started the season 5-0, they made the Elite Eight of the NCAA Tournament. Though they’ve played all their games on their home court (or Portland), they do have two quality wins over Houston and the talented Memphis Tigers—who had freshman phenom James Wiseman on the floor.

The Pirates warmed up with a comfortable 87-51 win over Florida A&M this past Saturday. Preseason first-team All-American guard Myles Powell is averaging 22.6 points per game, good for 16th in the nation. His assist-to-turnover ratio (1.5-2.0) is problematic, but he’s explosive and can score from everywhere on the court.

Here’s everything you need to live stream the matchup (in paradise) between Oregon and Seton Hall in the Bahamas.

A quick word about the Pac-12 Network

The Oregon game is on ESPN2, to clarify. However, going forward the Pac-12 Network is your best option for streaming live events from the conference, with more than 850 live events on tap each year. That includes more than 30 football games, in addition to the Pac-12 Championship game, as well as 150-plus men’s basketball games and a truly staggering amount of Olympic sporting events. Pac-12 Network showcases the best matchups from the conference, while six regional-based Pac-12 channels focus on local games and events.

Pac-12 Network also has some standard programming, mostly devoted to college football, including The Pregame, Inside Pac-12 Football, and The Drive: Pac-12 Football. For those pressed for time, check out Football in 60, which replays the week’s previous Pac-12 games in highlight-reel form.