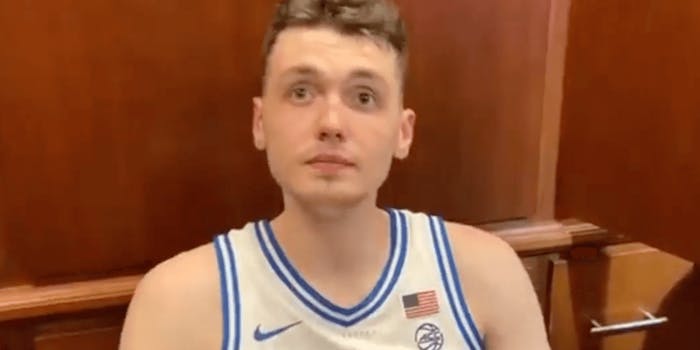 How to watch Duke vs. Cal in the 2K Empire classic

The Blue Devils are loaded. Again.

Two undefeated teams clash as the No. 1 Duke Blue Devils (4-0) take on the California Golden Bears in the 2k Empire Classic tournament, at Madison Square Garden, in New York City.

Duke has started the season on fire, on the backs of freshmen (Cassius Stanley, Vernon Carey Jr., and Matthew Hurt) and their star sophomore point guard Tre Jones—who leads the Blues Devils in points and assists.

Cal sophomore guard Matt Bradley is averaging 21.3 points per contest, up from 10.8 last season. He’s also hitting three 3-pointers per game on 52.9 percent three-point shooting in his breakout season. The Bears will have to get as many switches off for Bradley off Jones as possible, to max out his effectiveness.

However, the Golden Bears rank No. 3 nationally in 3-point shooting efficiency at 47.1 percent—which will be handy in their uphill task in trying to play over the top of Duke’s vaunted defense.

Here’s everything you need to live stream the matchup between Duke and California.

If you have a cable subscription or if your live TV package includes ESPN, you can use your login credentials to watch games on ESPN (not to be confused with ESPN+, the network’s new standalone app). You can either download the app or just click the Watch tab on the main ESPN site. The best ACC games will be shown on ESPN, ESPN2, and ESPNU.

The ACC Network has deals with Dish, Spectrum, DirecTV, and Verizon Fios, as well as the live stream TV services below.