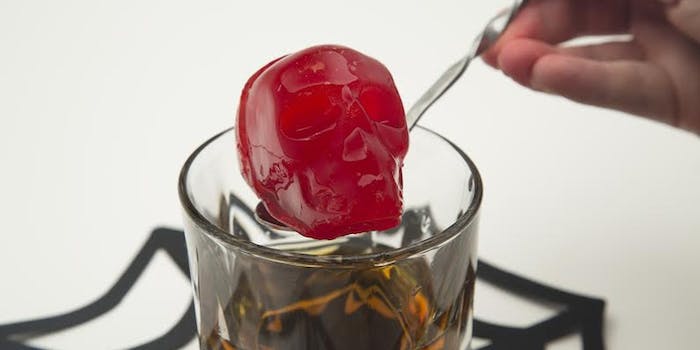 How else are you supposed to sit through 3 hours of #OscarsSoWhite?

If you’re planning on watching the 88th Academy Awards on Sunday night, you probably want to do it with a cocktail. The biggest night in Hollywood usually runs more than three hours.

Whether you’re throwing an Oscar party or throwing on a ballgown and watching by your lonesome, you’ll need something to do to fill up all that time until they announce the winner for Best Picture. It’s true that the 2016 Oscars will be different than previous years. This year’s ceremony is marked by the #OscarsSoWhite controversy and subsequent boycott by many prominent figures in black Hollywood, a topic that won’t likely be ignored by this year’s host, comedian Chris Rock.

But three hours is still a very long time for any televised event, much less one that mostly consists of boring speeches and montages of films you still haven’t seen (here’s looking at you, Room). Why not try your hand at one of these cocktails to celebrate Oscar night?

“The Furious Skull” by John Henderson of the Happiest Hour NYC 1 skull-shaped ice cube mold (you can find plenty online, such as this one or this one)

For the Campari ice cube: Pour a mixture of Campari and water at a ratio close to 50:50 into your mold. Freeze overnight.

For the cocktail: In a short rocks glass, combine rum, sweet vermouth and a dash of bitters. Place the Campari ice cube in glass and if desired, garnish with a small pinch of pink salt. As the salt hits the cube, it will cause the Campari cube to melt.

“The Swedish Flame” from Manmade DIY 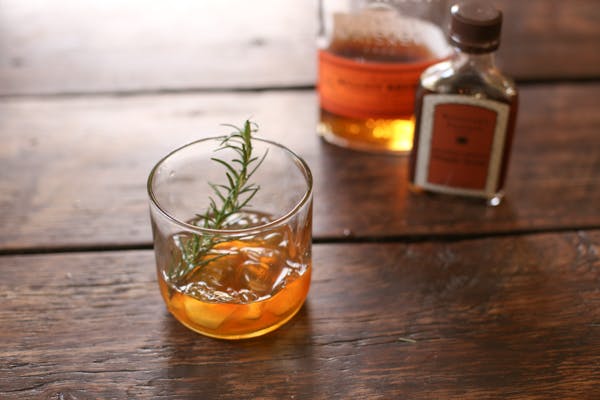 For a woodsy drink fit for The Revenant‘s protagonist, you’ll just need your favorite bourbon, a sprig of rosemary, and some simple syrup. You can find the full instructions at Manmade DIY.

“Fate of the Stars” by Nicole Trzaska of the Liberty NYC In a mason jar, gently place two different-colored cotton candy bunches. Mix all liquid ingredients in a container and shake over ice. Slowly pour over the cotton candy to liquefy and morph the color of the cocktail. Once all is liquefied, top with ice and a straw.

“The Martian Sunset” by the Common Man

Matt Damon’s long stay on the Red Planet as seen on The Martian might have been improved with a Martian Sunset. The drink by Common Man calls for tequila, fruit juices, and dark rum. You can find the full instructions in the YouTube tutorial above.

“The Steve Jobs Apple-tini” by Nerdist This clear, apple-flavored concoction by Nerdista is a good bet for fans of Steve Jobs and Michael Fassbender alike. You can view the full recipe here.