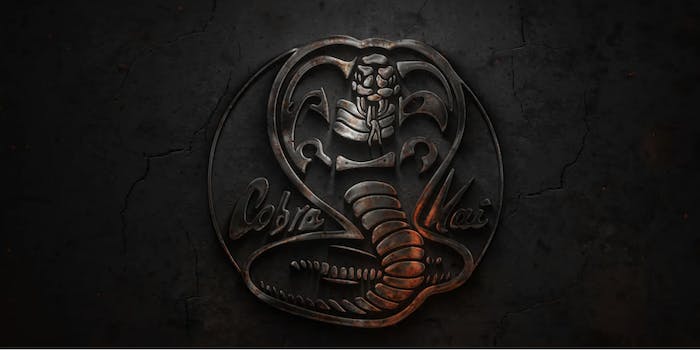 The series is offering no mercy when it comes to audience engagement.

YouTube Red has struggled to find its breakout hit like Netflix and Hulu, but it appears Cobra Kai has filled that void.

The series, which debuted May 2, focuses on The Karate Kid‘s Daniel LaRusso and Johnny Lawrence 30-plus years after the All Valley Karate Championship, and the next generation of Cobra Kai students. It no doubt found a fanbase with older viewers, but it might have also lured in the younger demo YouTube Red is seeking to engage.

According to Variety, Cobra Kai outperformed some of the most popular shows on Netflix and Hulu between May 6-12. Data from Parrot Analytics shows that the series outperformed Arrested Development, 13 Reasons Why, and The Handmaid’s Tale during that week, with 13 Reasons Why outperforming it for just one of those days. The series also outperformed other YouTube Red originals in terms of audience demand, and blew away its closest competitor, the series Bad Internet.

Cobra Kai, which currently has a 100 percent rating on Rotten Tomatoes, is returning for season 2 in 2019.