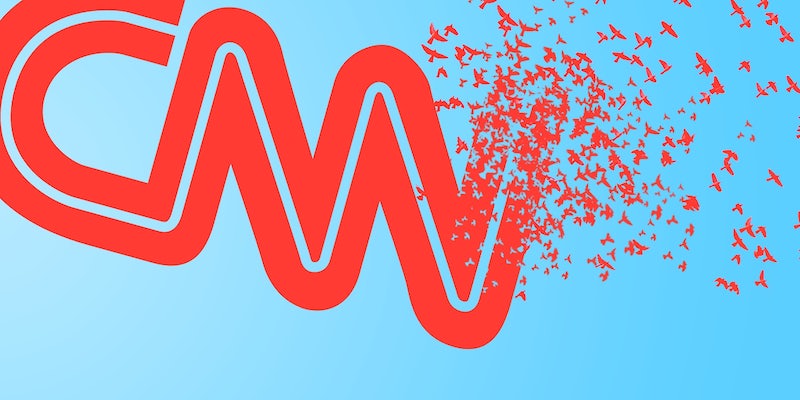 Get your missing plane conspiracy theories in 15-second blasts.

Over the last month, CNN has devoted most of its coverage to finding missing Malaysia Airlines Flight 370, and tweeting out the hard-hitting questions. Despite the sensory overload of their 24-hour plane coverage, the channel’s ratings for March were impressive.

You can now look forward to more of those tweets: CNN is debuting a news show made specifically for Twitter.

According to the Wall Street Journal, the network is launching CNN Digital Studios, in an effort to bring original content to the Web and perhaps capitalize on the ratings boost. CNN’s starting with a Twitter-based show called Your 15 Second Morning, which will feature video clips and hurl short blasts of news at Twitter users. Chris Berend, CNN’s VP of video content development, told Mediaite that the show will “live natively on Twitter” and is “specifically for Twitter users who are checking their phones first thing in the morning.” Instead of viewers turning on CNN, the network is bringing the news to them—to accommodate the way we read now.

CNN’s attempting to attract a younger demo as well and promises more entertainment-based programs like Related With Dave Franco, a Funny or Die co-production featuring James Franco’s brother musing on celebrity siblings; a show hosted by the “urban chef” protege of Anthony Bourdain; and Crossfire Reloaded, which will include that show’s hosts musing about stuff like weed, man.

More was announced at today’s CNN Worldwide Upfront presentation, including more CNN prime time debuts and HLN’s foray into more social media-themed programming, including Shira Lazar’s What’s Trending, and America’s Most Liked, a game show that can “take someone from Internet nobody to web superstar” with on-screen “likes.”