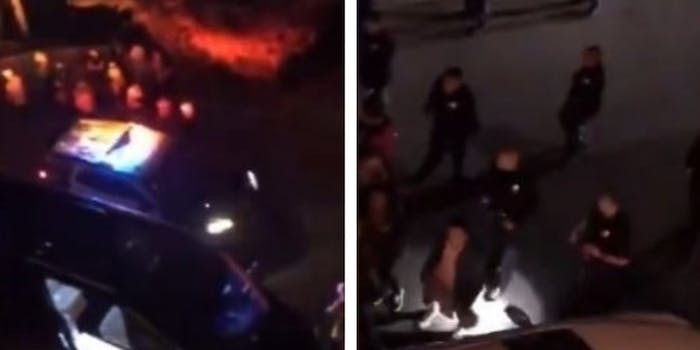 This huge YouTuber Halloween party was broken up by police

A Halloween party that was attended by a number of YouTube stars, as well as actress Bella Thorne, was busted up by Los Angeles police early Wednesday morning. Video of the incident shows plenty of cop cars and a police helicopter.

According to Dexerto, the party at the mansion known as the Clout House was attended by Thorne, Tana Mongeau, and FaZe Banks and might have attracted more than 1,000 people.

The Clout House is the name given to the enclave where many in the FaZe Clan—a YouTube influencer group—live and work.

Videos from the party posted on social media show there were cops kicking out guests and a helicopter up above, much to the delight of the people recording the images.

Or as somebody on the video said, “So many cops, choppers, and shit.”