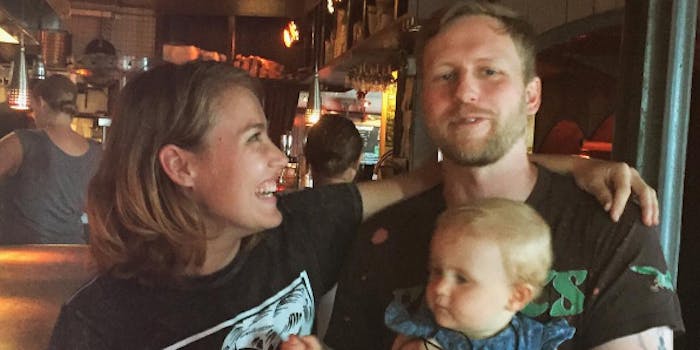 'It wasn't cute. It was alarming.'

After leaving the stage mid-song during a show in Missouri this weekend, Circa Survive guitarist Brendan Ekstrom took to Twitter to explain that he hadn’t been throwing a rock star tantrum. He had seen an audience member being sexually harassed and was alerting the venue’s security.

Fans had gathered at St. Louis’ Pageant theater Friday night to see The Blood Tour, featuring AFI, Circa Survive, and Citizen. But when Circa Survive took the stage, Ekstrom couldn’t ignore what he was seeing in the crowd.

“I’ve been doing this for 20 years and I’ve never walked of [sic] stage during a song before,” he wrote. “For almost a whole song I watched a guy stand a row behind a girl flirting and then trying to kiss her… At times she seemed ok with his advances but after the second time of watching her push his face and hands away and try to turn back to watch the show I asked the security guard to go check on them.”

“Maybe they were in a relationship. Maybe they weren’t,” he continued. “Regardless what I saw from stage was disturbing to me and completely removed me from the mindset I need to be on stage.”

“It wasn’t cute. It was alarming,” the guitarist concluded. “I’m almost forty and flirting doesn’t look like that.”

Ekstrom linked to a now-viral tweet of a guy trying to flirt with an obviously-frightened girl at a gas station by wrapping his arm around her and pressing his body up against hers.

In a summer where other bands have struggled to discuss sexual harassment transparently, this seems like a solid example of a group going out of their way to make sure all their fans can have a fun, safe time at their shows.

Correction: This article has been updated to properly reflect Brendan Ekstrom’s instrument.