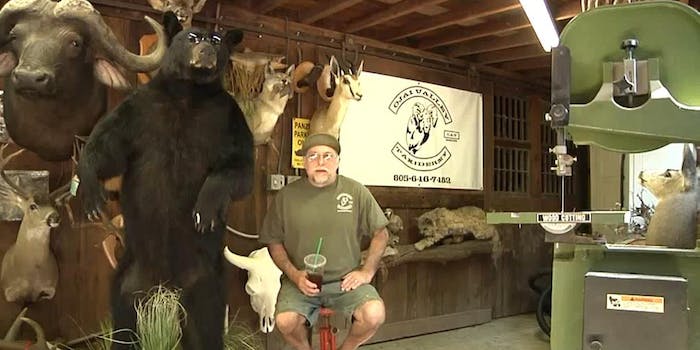 It really is Chuck Testa, the NOPE man tells us in a new thank you video.

Is that another video from Southern California taxidermist Chuck Testa?

NOPE.
Well actually, yes it is.

In a short video posted to the official Ojai Valley Taxidermy YouTube page Sunday, Testa not only thanked the millions of fans who helped turn his  commercial into an Internet sensation last week, but he assured everyone that he is, in fact, a living, breathing, taxidermist.

“I just want to say I do exist. This is what I do and that’s really my phone number,” Testa said in the video. “I just want to thank all you guys for your support.”

Check out our interview with Testa here.